Even The Ocean is a puzzle platformer that was developed by Analgesic Productions. It was released in November of 2016 on PC and was published by Ratalaika Games in August 2020 for consoles.

On her first day of work as an engineer, Aliph is on her way to restore a power plant that has a malfunction, with her co-worker, Cassidy. When suddenly disaster strikes. Cassidy has died, and the mech suit that Aliph was meant to use is in shambles. But she has to continue on. This sets up for the surprisingly dark tones for the events that Aliph is about to go through. 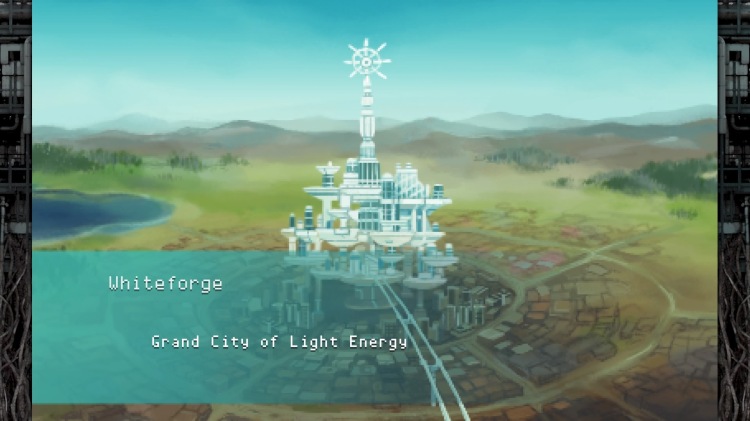 The developers are known for their weird and sort of dark stories. I first fell in love with them when I picked up Anodyne for a few dollars and absolutely loved it. So I was excited for this game and to finally sit down and play it. As Aliph, you find yourself suddenly being thrust into a job that she’s unsure if she can fill. All while being in a city she doesn’t know, and trying to make friends with her co-workers…something. The game never really delved deep as to whether or not a character, known as Yara, was her co-workers mother, lover, or absolute best friend. She scorns Aliph as if she could fit into all three categories when she talks about her. 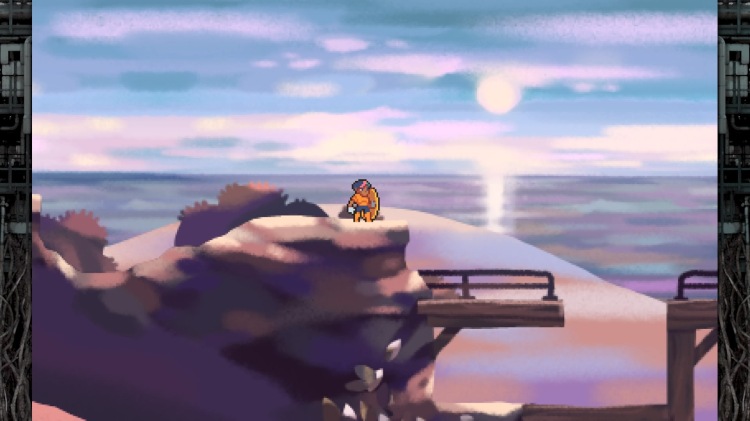 Eventually the story goes from “quick you must repair these power plants to keep the city’s power grid alive” to “how do we stop the end of life!?”. You see Aliph change from being a diligent little worker, to questioning if she should trust the mayor of the city. Sure she is his favourite engineer, but is there more to him than the super happy man she slowly gets to know? The pacing of the story only continues to ramp up, constantly. Eventually I was on the edge of my seat, waiting to see what would happen next, and I can honestly say I was never disappointed. Between some of the mysterious characters, or secrets you find out about the world, the developers just know how to build a super engaging story and lore for everything!

Though it doesn’t exactly pertain to the story, once you beat the game, you unlock a giant area that is basically the story of what the developers went through when building the game. From basic thoughts, to some first drafts of areas and artwork, to how they decided to go with the final version of what the game has. Though I didn’t fully go through it all, it was amazing to see. The reason why I didn’t go through it all, was because it was basically a whole new game in and of itself. You could get lost, it could glitch. I loved the idea, but I also wish they would’ve made a basic museum for it. Or somehow put developer log videos in an extras menu.

The gameplay is where I’m very divided on. It was fun to play through, and it kept me entertained, but at the same time, it was basic, and sometimes infuriating, with new elements usually introduced for one point and then never used again. Even the biggest system in the game, which is a light/dark system, isn’t used to its fullest. When you travel through the power plants of the game, because that’s almost all there is for gameplay, there are light and dark elements that affect you. If your little bar gets filled with light energy, you jump higher. If the bar wains to the other side, and gets filled with dark energy, you jump further. But these elements are rarely used. There was once or twice where I had to actually fill the bar one way or the other to get through the platforming section.

At the end of the power plants you find yourself needing to take a little bar from its starting point, into the hole in the wall where it belongs. This made the platforming a little trickier, but a little more challenging and fun. As there’s a little ball that slides on a little bar, whether it’s a horizontal or vertical bar, depends on the puzzle, and you have to not let the ball touch any kind of light or dark energy or it breaks and you have to try again. This helped set up some good platforming sections. But aside from that, the rest of the game was very simple and straightforward.

I absolutely loved seeing all the new areas. From snowy mountains to a water resort that I wish was used a little more, to cliffs “at the edge of the world”, everything was beautifully crafted and I couldn’t stop taking screenshots in every new area. I do wish I got to do more of an underwater scene though, as you only get to be inside a clam for a brief period, and you barely get to explore it. If there’s an amazing thing about the game though, is that there are many accessibility options. So if you can’t do the platforming sections, you can set it so you can skip them, or phase through walls!

Analgesic Productions made a fantastic story in a turbulent setting with such a twist ending that I won’t forget for a long time. Unfortunately the gameplay got bogged down just a bit with boring puzzles and a basic mechanic that wasn’t used enough. Luckily there’s a ton of options to help you skip all that if you can’t do it or get bored from it. I recommend playing this awesome adventure!

Even the Ocean – Launch Trailer