Harvey Dent is gone, Cobblepot is in prison, and Batman is now a well known and respected vigilante. Unfortunately a group known as “The Pact” has made its way to Gotham, and it’s up to Gordon, Batman, and a group organization known as “The Agency” to stop them before they get what they came for. 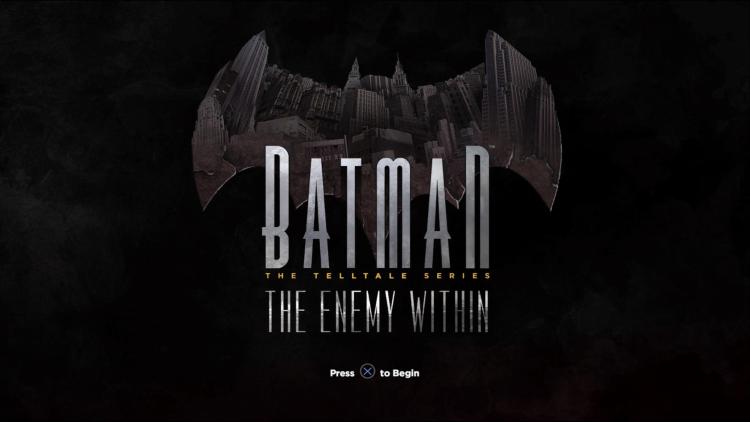 Honestly I loved that the game picks up basically right after the first season, as opposed to many years later. You get to see the fallout from the events of the first season, whether it’s physical or mental in some cases. This season focuses on not just one villain though, instead it has many in play all at once. It does a surprisingly good job at giving focus to all of them, as opposed to just an hour per villain, like most super hero games do, and yes I some that’s a bit of an exaggeration, but my point still stands! 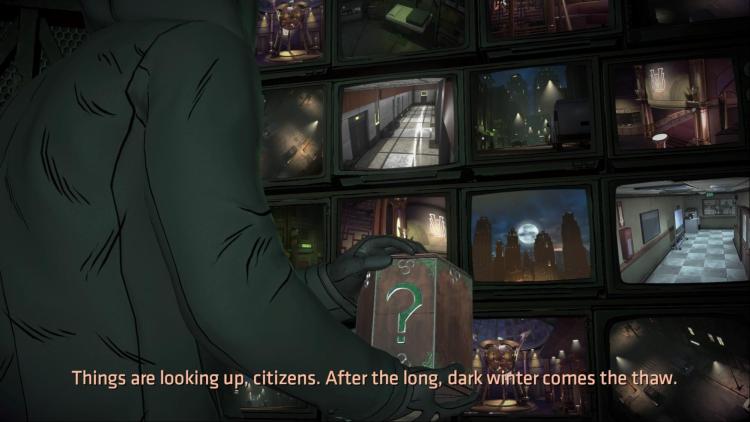 The episodes run a lot longer than in the first season. Those usually ran just longer than an hour, and these episodes ran for about two, except for the last one, which ran for about three hours! It was exciting and fun, and full of twists though that the time just flew right by. Unlike the first season, where the story focused more on Batman, here the story focuses more on Bruce, as he goes undercover in The Pact, and has to do things that would never really sit well with him. Unless of course you make it! I was so torn while playing through the game, whether I made him stick with his morals, or play the role perfectly of being a heartless bastard, so as not to blow his cover. 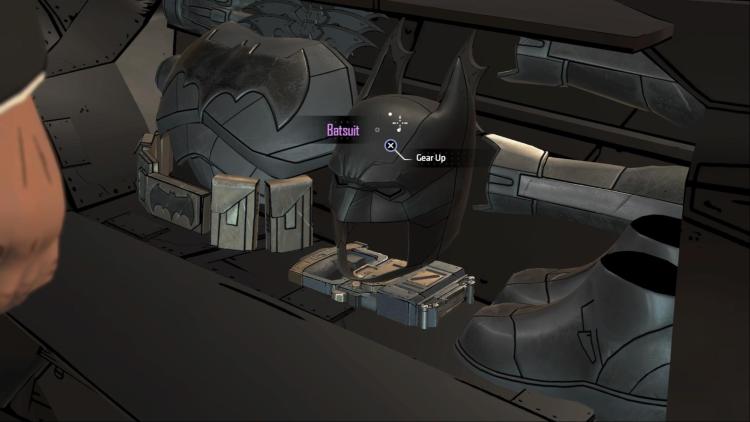 What was really weird were making decisions on who to trust with the secret of his secret identity and it actually happens a lot more than I expected it to. Do you keep his secret, or let more people in? As for the gameplay of it all, it all felt a little more refined when it came not only to the combat, but the puzzles you actually have to do. During combat, you still have to do QTEs, but there’s some points where you get to choose how to take down an enemy, but you don’t have much time to decide, so it’s sort of a snap decision. There’s still some investigation points in the game, but not nearly as many as the first. I definitely loved how there were more random puzzles in the episodes, whether it was defusing an EMP or opening up a secret passage in Riddler’s lair, I had to use my brain more than the first game. 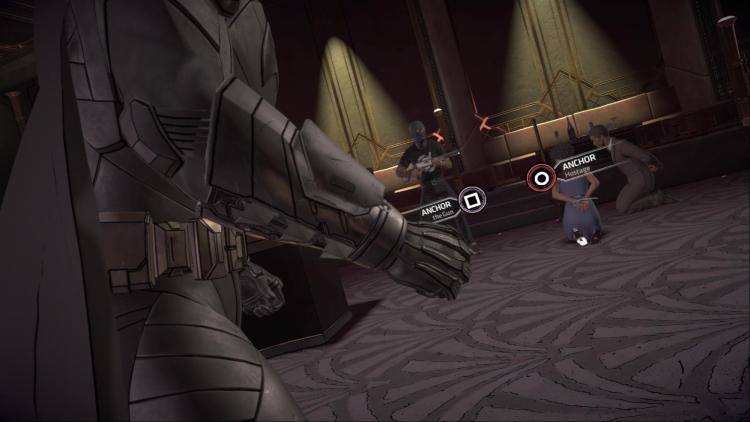 There definitely are not as many glitches in this season as there was in the last one. Last season I had game crashes, invisible characters, and someone with no skull! In this, I really can’t think of any bugs I had at all. If there’s one thing I really did hate, it’s that there were no trailers in the game for the next episode in the game. So if I wanted to see a sneak peek of the next episode, it was usually a different version of my story. Especially with the last episode, considering there are two different sides of the episode, whether you were nice to Joker or terrible to him. I never saw the other side, but one day it would be cool to go see what I didn’t! For once it felt like the story would actually change depending on my actions. It was an excellent change, as opposed to just little changes in dialogue here and there. 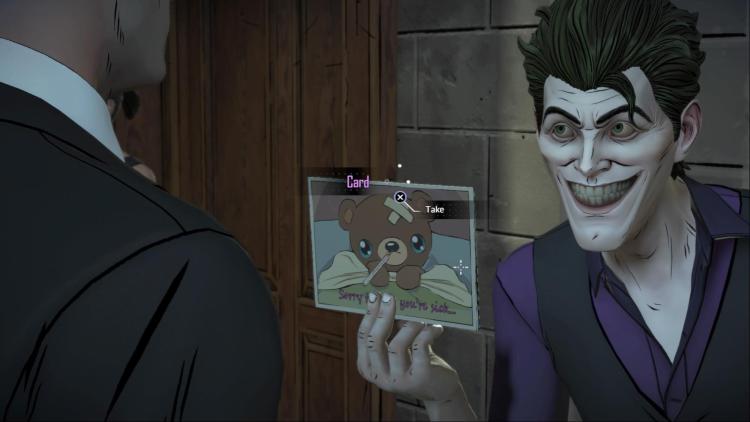 It saddens me that we probably won’t see another installment in this storyline. It was really enjoyable, especially being alongside Joker the whole time. I loved all the characters and the time the game gave them all. Too bad there’s just not much Batman in the game, but oh well. Definitely give this a play…or watch…or whatever you wanna call it!

Batman: The Enemy Within – OFFICIAL TRAILER