Disclaimer: A code was provided by the publisher but it doesn’t affect my review at all and I have expressed only my honest opinion.

Ever dream of becoming so famous that you are known throughout the universe for your musical talent? No? Me neither, but playing The Artful Escape will make you want to become an elusive, galaxy hopping, musical extraordinaire who is adored by all manner of creatures and divine beings, alike. Developed by Beethoven and Dinosaur, this groovy experienced released on PS4, PS5 and Nintendo Switch on 25th January 2022, whilst the PC and Xbox version released on 9th September 2021 by publisher Annapurna Interactive.

Welcome to the tiny and picturesque town of Calypso, a place with gorgeous vistas and dwindling prospects, a stark contrast. You are Francis Venditti, aspiring folk singer and nephew of the Calypso born, folk-singing legend Johnson Venditti, and the town is hosting a festival to commemorate 20th anniversary of Johnson’s renowned album, where you will play your uncle’s songs as tribute. This sounds all routine until you meet a stranger who makes you question your choice to be a folk-musician, instead of being the rockstar that you, subconsciously, always wanted to be. This fateful meeting becomes the trigger for your upcoming inter-galactic journey, wherein you will meet several colourful characters and have some memorable jam sessions.

The Artful Escape is a linear, side-scrolling semi-platformer and is a musical journey of finding your true interest and being strong enough to embrace it, without fear or judgement. The story of Francis, his fears and doubts, resonated quite strongly with me and made me much more invested in his quest to emerge from the shadows of his uncle’s fame and become his own person. It is fascinating to watch his evolution from a reluctant folk-musician to a confident and cool rockstar, that is self-assured in his skills and is not afraid to own that persona. 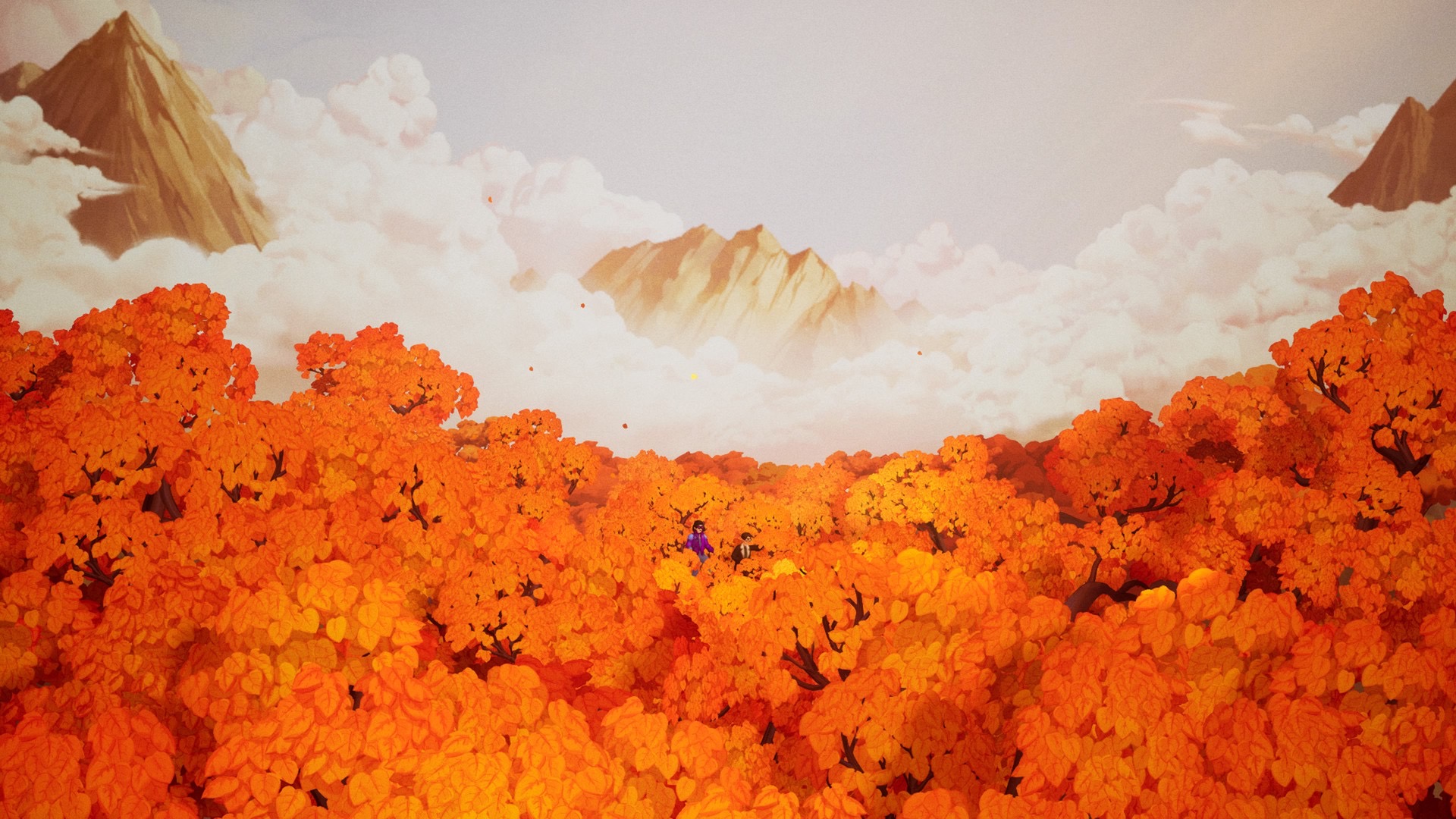 The game is made much more engaging and fun by its eclectic cast of characters, like Violetta, the mysterious laser artist or my favourite, Lightman, with his happy go lucky attitude, his focus on having fun without worrying about inconsequential stuff making him invaluable to Francis as Lightman’s provides invaluable guidance. There is also the quirky Frida, who has this cool ship and a really loud companion, plus she has a mall-sized closet on her ship, after all clothes maketh the rockstar. StarGordon, the talent agent, is an experience itself and an important character, as he helps Francis in figuring out who he wants to be and what his origins are. The dialogues feel well-written and I found some of the dialogues to be quite meaningful as if they had a hidden meaning, which made me appreciate the writing even more. 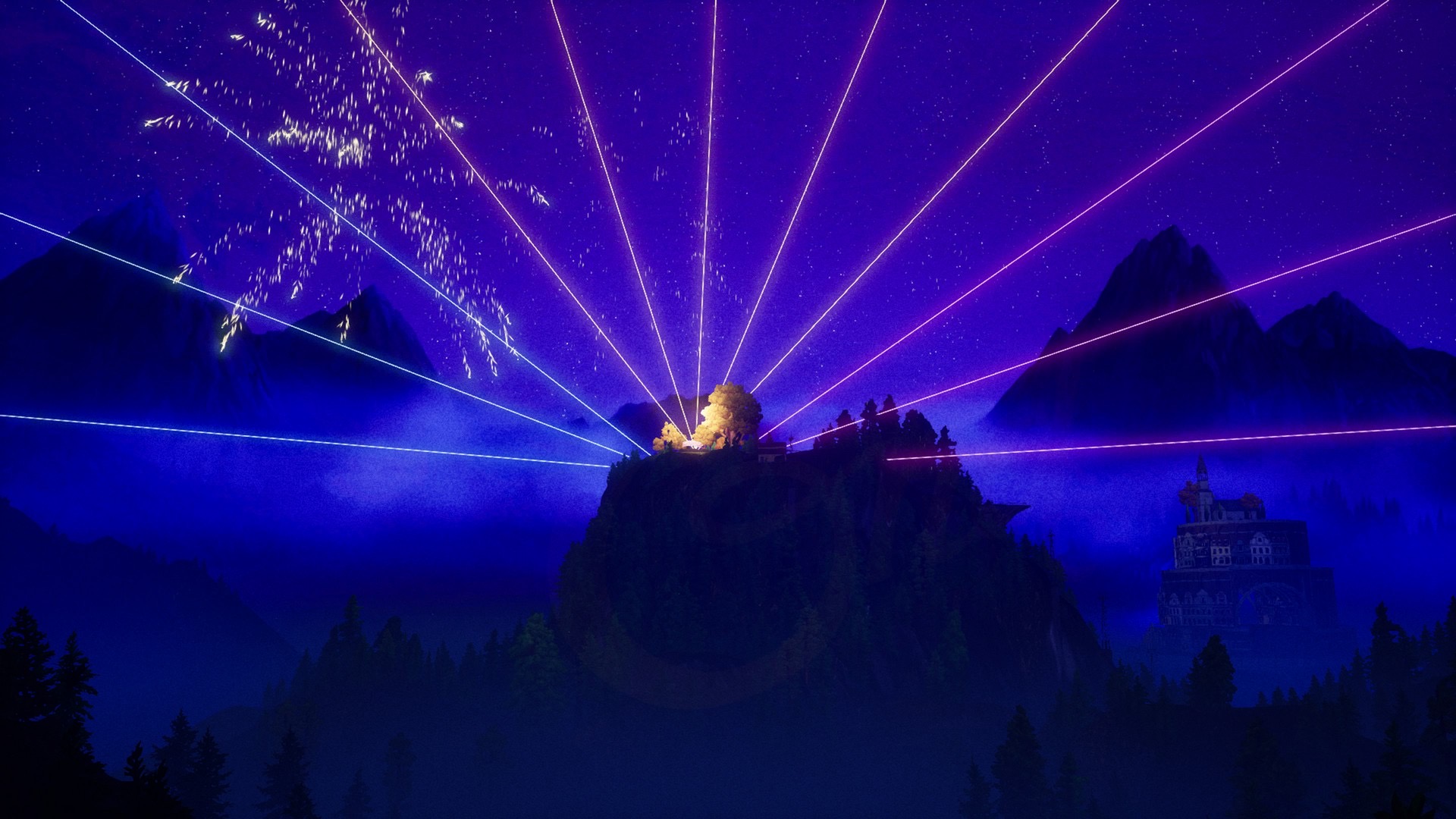 What stood out to me the most was the excellent music, which hits you like a train wreck as it seems in contrast to the slow pace that you witness at the starting of the game. Your first jam session with Lightman will serve as a tutorial for what’s to come and the music that you manage to make in this session is so groovy. Johnny Galvatron and Josh Abrahams have done a fantastic job with the OST and makes your entire gaming experience much more engaging as well as mellifluous. 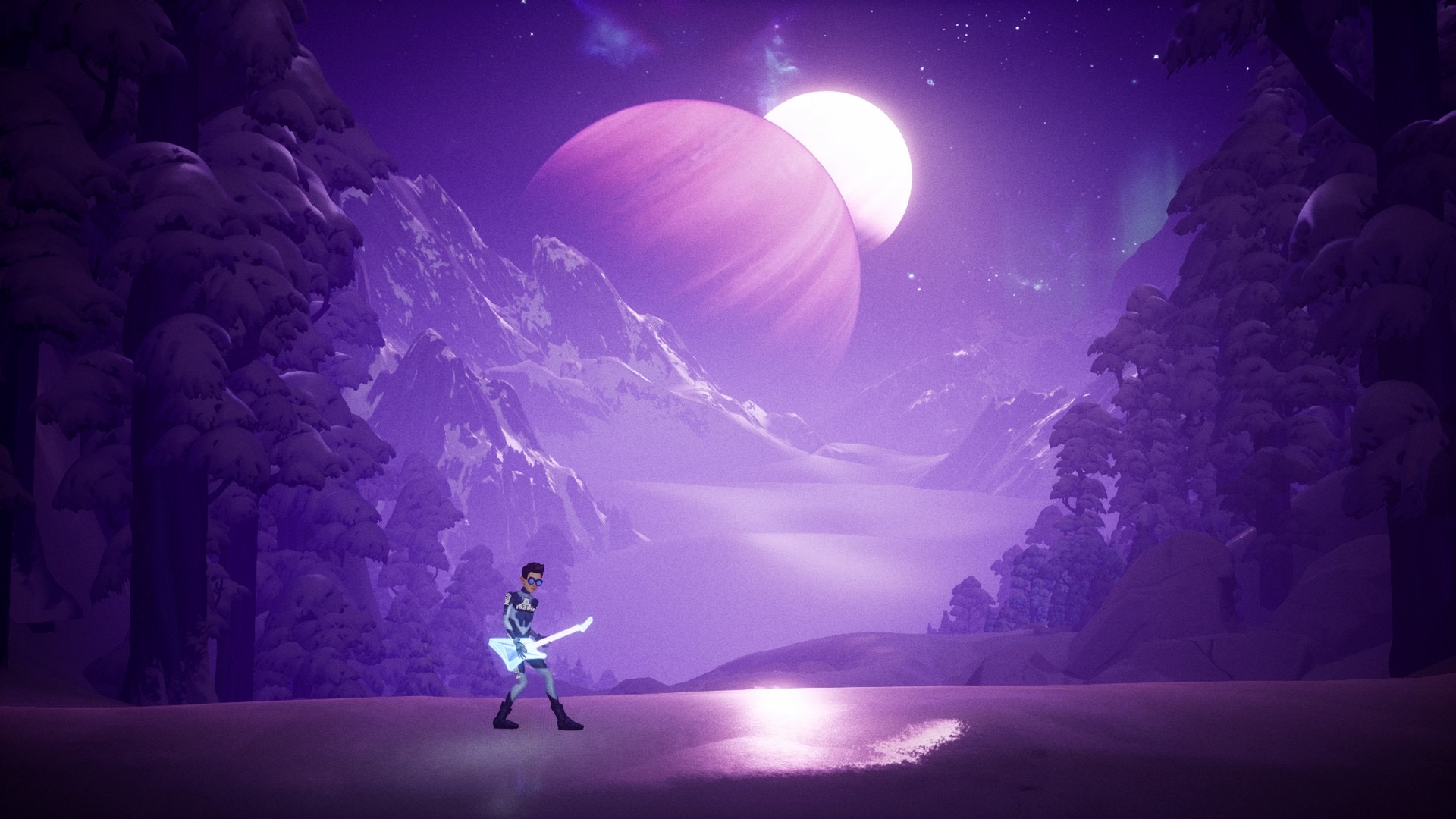 Another attractive factor is the gorgeous visuals that the game possesses, I couldn’t stop taking photos when I was playing the game and the game also encourages you in a way by letting you interact with some picturesque landscapes. I really love the art style which manifests and adapts perfectly, depending upon the environment. The alien creatures feel so majestic, compelling and intriguing that you can’t help but feel drawn to them. The laser shows made me feel like I was in a real concert as it always looked expertly choreographed and made the jam sessions momentous.

The Artful Escape lives up to its name by providing an escape from the drab reality of life, to a world beyond our dreams, where you are the Captain of your destiny and you can choose to be whomsoever you want to be.

The Artful Escape turned out to be an extraordinary and magical experience which cannot be missed out on. From music that makes you jive to jaw-dropping visuals, from well-written characters to meaningful dialogues, the game will leave a lasting impression on you and earn a special place in your memories.