Alan Wake American Nightmare is a follow up to Alan Wake. It was developed by Remedy Entertainment and published by Microsoft Studios as an exclusive downloadable game on Xbox 360. It was released in February of 2012.

After the events at Bright Falls and Cauldron Lake, Alan found himself stuck inside the TV show known as “Night Springs” which just so happens to be located in Arizona. But the question is, is this still reality, or all a mind game from that darkness, that has kept him tied up for the past two years. Well who actually knows. 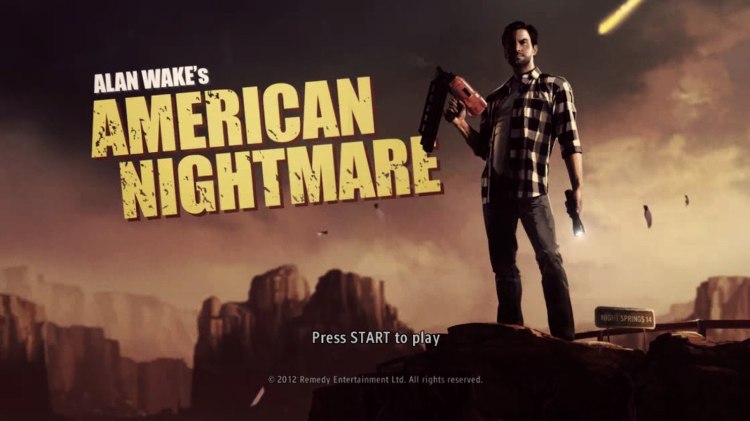 The basic story of the game is that Alan is trying to find a way out of the darkness, and to kill his evil doppelganger Mr Scratch and this requires the help of the local residents throughout the area. Except how are there people here, and who exactly are they? Well they help Alan throughout his journey, which ends up only being three levels, except here’s the thing. The game pulls a “groundhog day”, where you run the same events, again and again and again. Though each time you replay the same three levels, something is a little different each time. But it didn’t stop it from feeling incredibly monotonous each time. 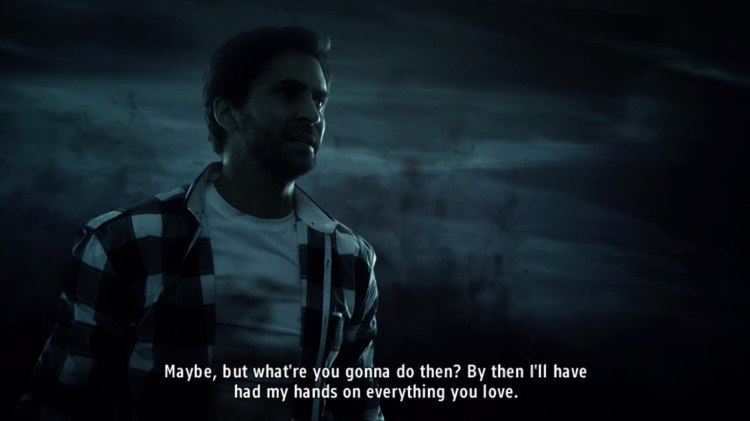 The levels are all open world sandboxes. So the game moves away from the tight, dark level concept that it once knew, and throws you into lit up areas, where nothing is terrifying in the slightest. Oh sure you need a flashlight, but even then I was not once worried about being scared. Often I had multiple objectives to go, so I could just pick one and run to it. Sure sometimes there would be an event that would happen, but again, it was just veiled in monotony, especially if it was the third time through the area. 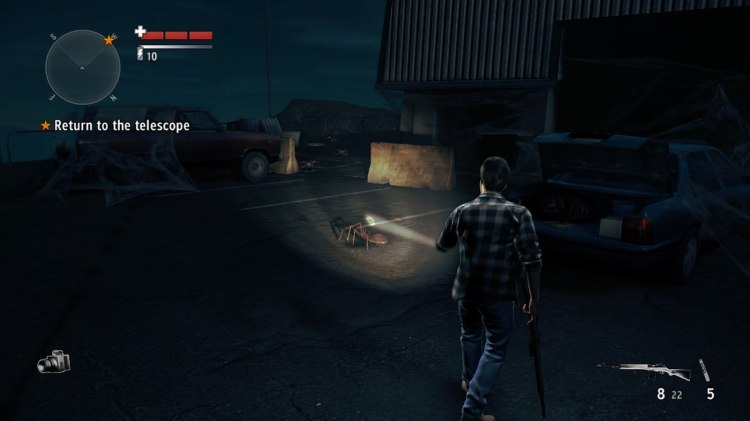 The gameplay has certainly been improved though, but at the same time, it takes a turn for the worse. Sure it moves faster, and everything is more streamlined with using your flashlight to get rid of the darkness from enemies, to aiming your weapon, but you also don’t need to worry about your ammo anymore. The game just loads you up with everything you would need. The first one, at least you had to somewhat manage your resources. But here, I was just blowing through hordes of enemies with a shotgun and a machine gun. Even making the shadows on the enemies disappear is almost instantaneous. The game is effectively a third person action game. 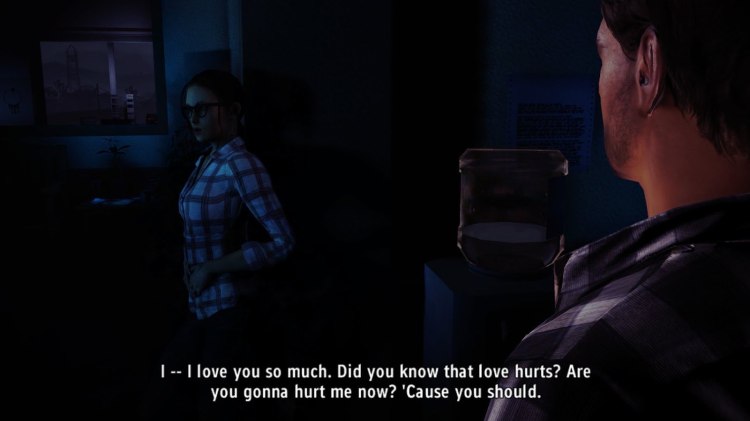 In the first one, where the collectibles were fun little pieces of information that eluded to events on and off screen, the collectibles here are just thrown across the map. Sure the first level says it has 21 collectibles, but you only see maybe 8 at a time, and they’re almost all just nonsense blurbs about nothing. Sure some give you backstory and more insight, which is how I knew two years had passed in the universe. Or the fact that Alan knew he was trapped in darkness, and could hear the outside world while inside, but other than that I just couldn’t care less for these this time around. You do find some TV as well, and you get a little scene about Mr Scratch being a jerk. But all of these even felt like time wasters. You already know he’s evil, so what purpose does it serve for him to slit a ladies throat? There was also a score chasing arcade mode, but I didn’t even bother with it in all honesty.

When compared to the original Alan Wake, I did not like this game at all. The story execution was boring, the levels were too open for absolutely no reason, and the game just entirely moves away from the horror aspect to bring us a brainless third person shooter. It felt like no real goal was accomplished in the universe, and I wished I had just replayed the original instead. Or a different Remedy game.