The games of our childhood were many of our first experiences with the Playstation, and they represent not only our childhood, but the beginnings of our love for
console gaming.

This is a list of games that I played as a kid, that I still get nostalgic over, and would play again if given the chance. So, if a game isn’t here that you love, I probably didn’t play it.

These games will surely make you feel nostalgic and hopefully bring back those days of endless enjoyment, and carefree times. Adulting is hard.

Spyro The Dragon (1998)
I remember many hours playing Spyro, and absolutely loving it. There was so much to do and explore. Funny thing is, I haven’t played any of the newer versions, oops! But this game was my gateway into another realm, where I had all the power; I was a dragon after all!

Medal of Honor (1999)
Though I haven’t played COD, yet, I did enjoy Medal of Honor as a young teenager. Hours of satisfying kills and weapon reload sounds. The gameplay, from what I can remember, was pretty straight forward and mostly smooth. Once you got the hang of maneuvering through the game.

Digimon World (2000)
There isn’t really must to say about this game, other than it was very addictive. And at the time, there wasn’t really anything like it, that I was aware of anyway.
Okay, I was a little obsessed, but so were many others. Right?

Spider-Man (2000)
Our love for Spider-Man has grown over the years, and comics, movies and video games have evolved immensely. But there is always something special when it comes to a first product of a huge franchise, right? This game was incredible for its time and is still a much beloved, and favourite Spider-Man game of all-time. Playing this at a young age made me fall in love with superheros, and sparked my journey into the comic universe.

Crash Bandicoot: Warped (1998)
You knew Crash would show up, right? Crash Bandicoot: Warped was, for me, next level in platforming, and this game really stood out due to this. To me, it was more enjoyable than the ones that followed, even though they had better graphics. I mean, you got to ride a motorcycle!

Tomb Raider (1996)
Tomb Raider is definitely in my top 3 games from this list. It was probably one of the first puzzle-solving games I played, which weren’t easy by the way, and this one stands out for me as again, there is something special about the first game of its kind. The 3D environment and the gunplay design; there was nothing like it at the time, and there also weren’t many female character lead games either, so as an almost teenager, this resonated with me. 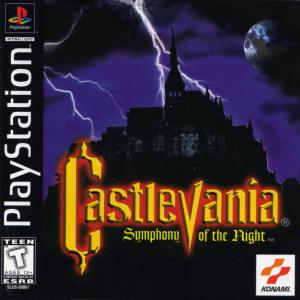 Castlevania: Symphony of The Night (1997)
I remember this game having an amazing soundtrack, and in a time when 2D was moving towards 3D, this game was so much fun and had fantastic graphics and incredible game design. 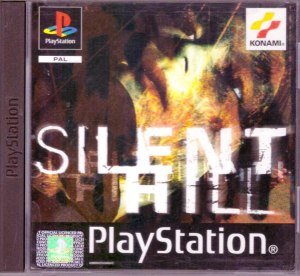 Silent Hill (1999)
If I’m being honest, I didn’t play this until years after release, when I was just getting into my horror obsession. This game gave me the creeps for days, as it had incredible atmospheric ability, and instead of being another bloodthirsty game, it was a true, mess you up, sort of game. And will always be one of the scariest games of all time, in my opinion.

Resident Evil 2 (1998)
Again, I played this quite a few years after release. My second, and last RE game. Now I’m such a scaredy cat that I just watch others play them. I still love the franchise, so couldn’t walk away completely. It was obvious that this game had a bigger budget than its predecessor, and so much more action-packed. Plus, it didn’t waste any time in getting into the zombie killing. 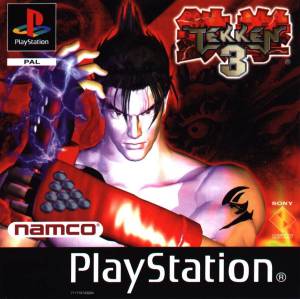 Tekken 3 (1998)
I enjoyed the first two Tekken games, however, the third one was integral to the Playstation console at that time, with better graphics, smoother movements and better game design. With unlockable items, and plenty of stuff to do.
Made this a favourite for me.