Have you ever had a dream, where so many people are in it, you wake up and wonder if they had the same dream? Well when Spongebob, Patrick, and Plankton are all sleeping peacefully, this is exactly what’s happening. Does it make any sense? No, of course not! You somehow explore a ton of different worlds in this awkward dream landscape. From the city to the inside of an Alaskan Bull Worm! 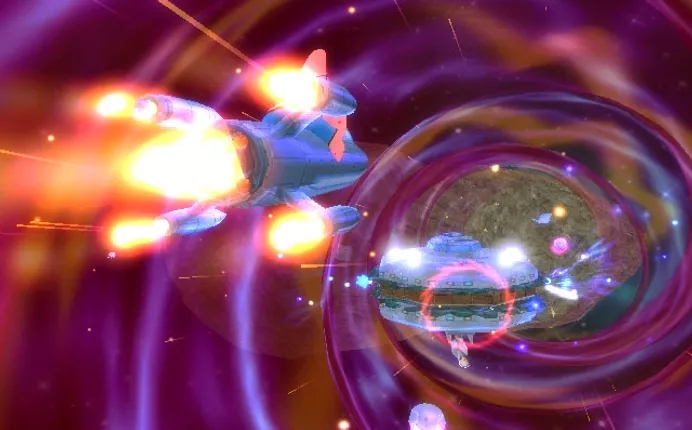 The story itself makes absolutely no sense whatsoever. At least not until you get to about 2/3rds of the way through the game. Until then it’s just a mash of self contained stories. Like Spongebob having his driver’s license and for some reason dreams that he’s a race car driver. Or Patrick gets to be a superhero, and save Bikini Bottom from….himself. Then Plankton has to run away from a giant Krabby Patty that he made large, trying to get the formula for himself…while also making himself the size of a normal fish. It just makes no sense!

Needless to say the story ends up being a boring and uneventful mish mash of crap. Like the developers pinned up ideas onto a giant corkboard, blindfolded themselves, and then threw darts at it, then rolled with whatever the heck it landed on. 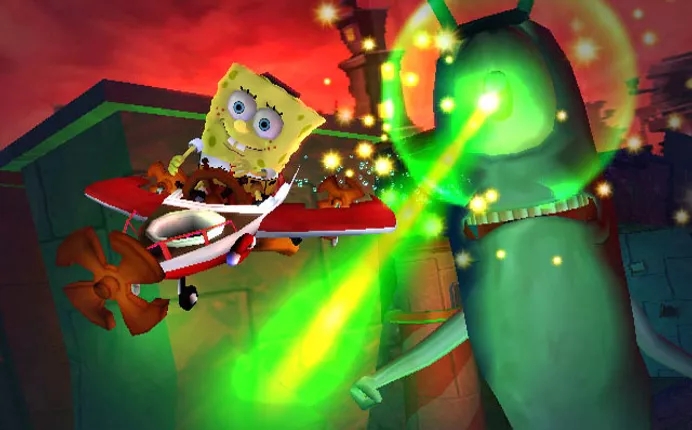 The game itself, just like the story, is a mish mash of gameplay elements, where nothing feels like any soul was actually put into it. Some of the levels are just uninspired. Like for a good portion of the opening hour, you’re put onto a race track, where you’re not actually racing anyone. You’re just doing laps, trying to make it around the track before the time runs out. This is done so many times throughout the game too. Then if you’re not doing that, you’re running through levels, from point A to point B, with no real challenge. Any time an enemy shows up, all you do is mash the B button to slap them, and chances are you’ll barely ever get hit. Even the jumps are sometimes so spaced out that you’ll just BARELY make them, and if you miss you then have to run back around and try the jump again.

It doesn’t help that the game is constantly reminding you how to do every single thing, all the time. Unless you turn off the tutorials in the options. Which I eventually did, after the 10th time of seeing how to use Spongebob’s arms to swing myself across chasms on anchors. Who thought it would be a good idea to constantly remind the players of this stuff, as if they’re all complete idiots!? 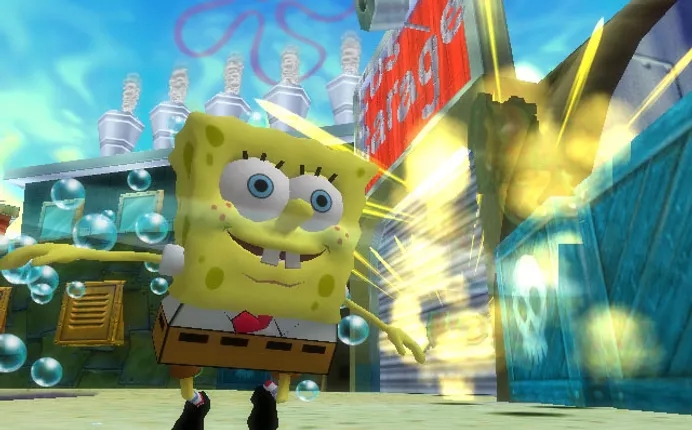 Even when I finally got to play as Plankton, I didn’t get to enjoy the look of the levels, or the design. As you’re forced to move as fast as possible to run away from a burger that wants to eat your face, while constantly turning around to freeze it in place. Again all of these gameplay mechanics are so half baked, none of them actually felt fun. The only thing this game has going for it, is that some of the original voice actors were in it.

I’ve played a lot of Spongebob games, and I’ve enjoyed them a whole lot. But this just felt like a giant miss. The levels were long and boring. The story made no sense. The gameplay was just so bland. It felt like a giant slog to get through and I can’t recommend this to anyone.