A mysterious island, plethora of carefully crafted puzzles and beautiful vistas, The Witness is much more than a simple puzzle game. The game is a thought provoking experience that promises to be a lesson in perception while simultaneously giving your brain a thorough workout, the likes of which you might have rarely experienced before. Released in 2016 to critical acclaim, this make or break title (for the developer) was developed by Thekla Inc. and is available for on PC, PlayStation, Xbox, Mac, iOS and Android. 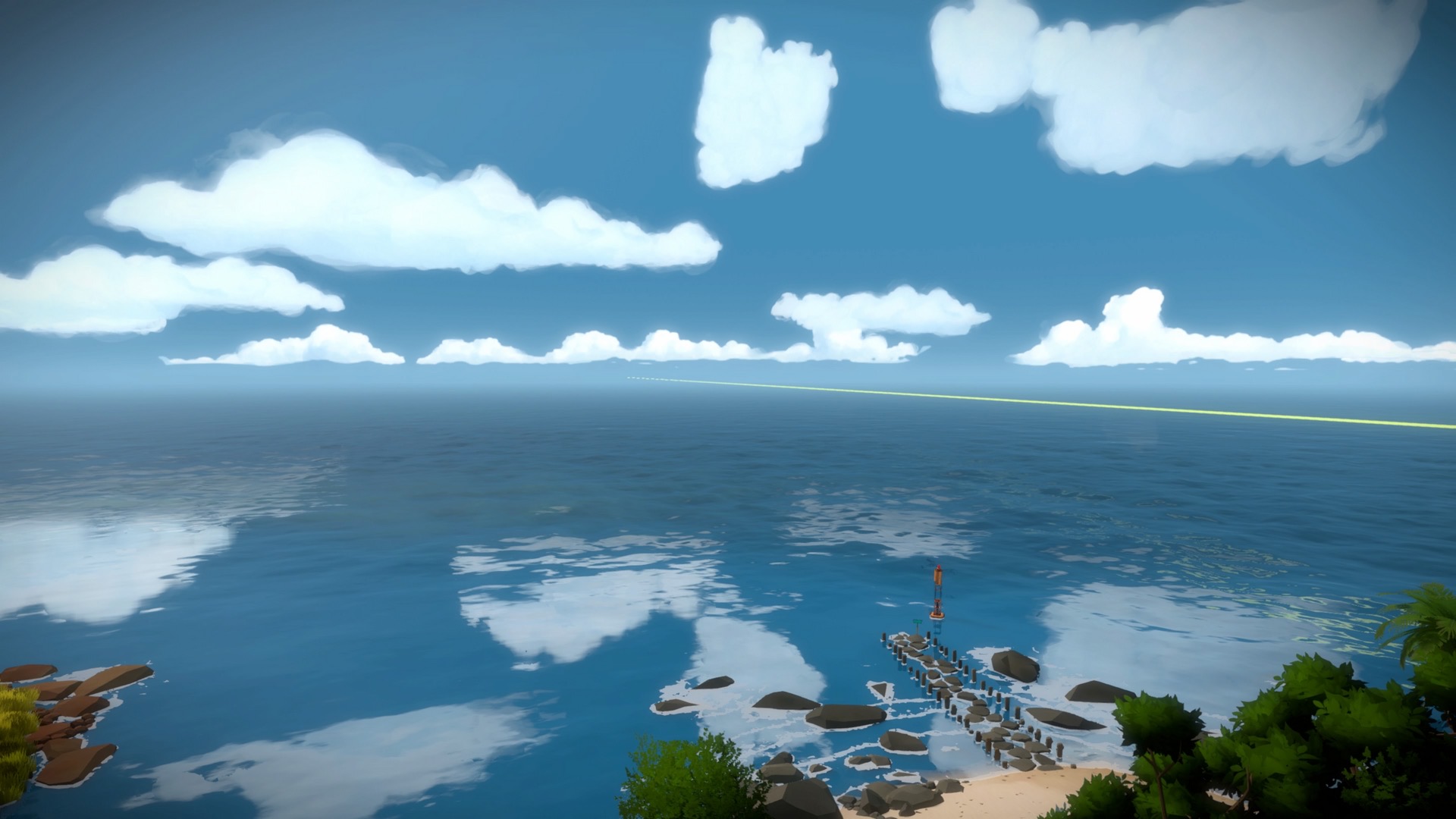 Perspective, that is my biggest takeaway after playing The Witness and getting that ultra rare 100% completion. The way you perceive things, akin to what a witness does, is really important when it comes to progression in this game. You start off in a tunnel/underground room and emerge from the room by drawing a simple line to complete a circuit of sorts into a beautiful garden. You slowly get to know that you are on an island which is comprised of 11 different areas that normally you wouldn’t see on a typical island like a bamboo forest, snow covered mountain or even a quarry. 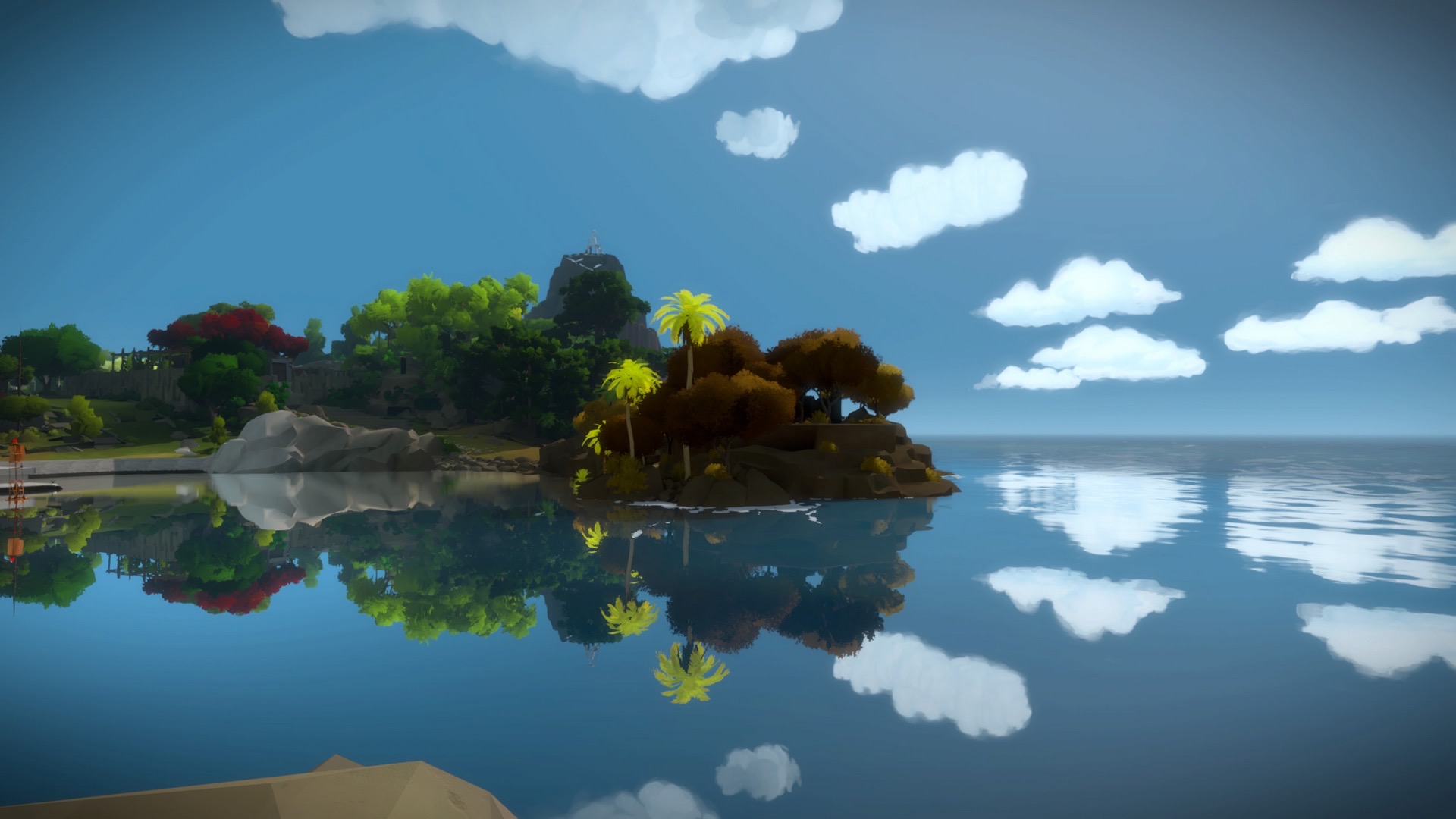 The Witness has a mind boggling number of puzzles that are mostly distributed amongst the different areas in the game and you are in first person view always. All of the areas are accessible to you at the start and you can choose which area to tackle first but in my experience it was better if I solved puzzles in specific areas first due to some puzzles being introduced in these specific areas. To solve puzzles in this game you have to draw a line from a given starting point and try to extend it until it reaches the end point all the while making sure that the rules encased in the puzzles are properly followed. The puzzles start off pretty easy but they quickly ramp up in difficulty, enough so that you might need external help for some of the obscure puzzles like I did. There are these lasers in each area that can be activated and they will point towards the mountain in the middle of the island. The point of these lasers is to open up the hidden area on top of the mountain. This mountain is the place where all the knowledge/tricks gained from others areas will be put to use and where the endgame is. 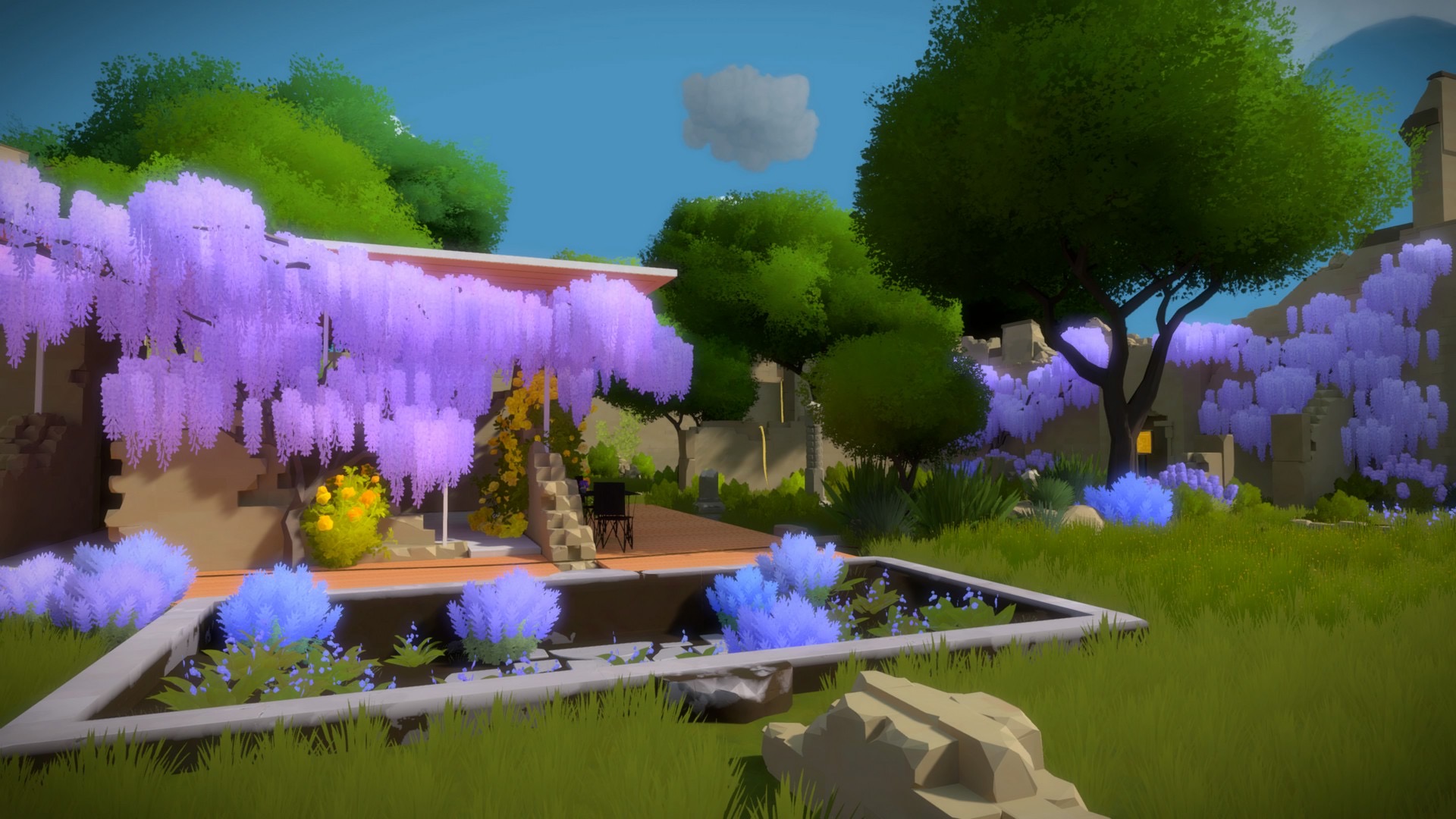 The game is difficult, there is little to no handholding in The Witness which makes the game really challenging and I highly advise you to avoid using solutions/puzzle walkthroughs because the sense of satisfaction that you get from completing an especially difficult puzzle/sets of puzzles is unparalleled. Now, if you ask me that “Is the difficulty fair?” I would say yes, it is fair for the most part but I think it becomes a bit too much for most people to handle. You will most definitely require external aids in your bid to solve puzzles like a whiteboard/notebook etc. as it becomes literally impossible to solve them casually. This game requires some degree of seriousness and immersion when it comes to solving the puzzles as well as perspective and I really mean that. A dynamic approach is critical as well as the ability to stay patient since some puzzles can be really frustrating and require a cool head to solve. 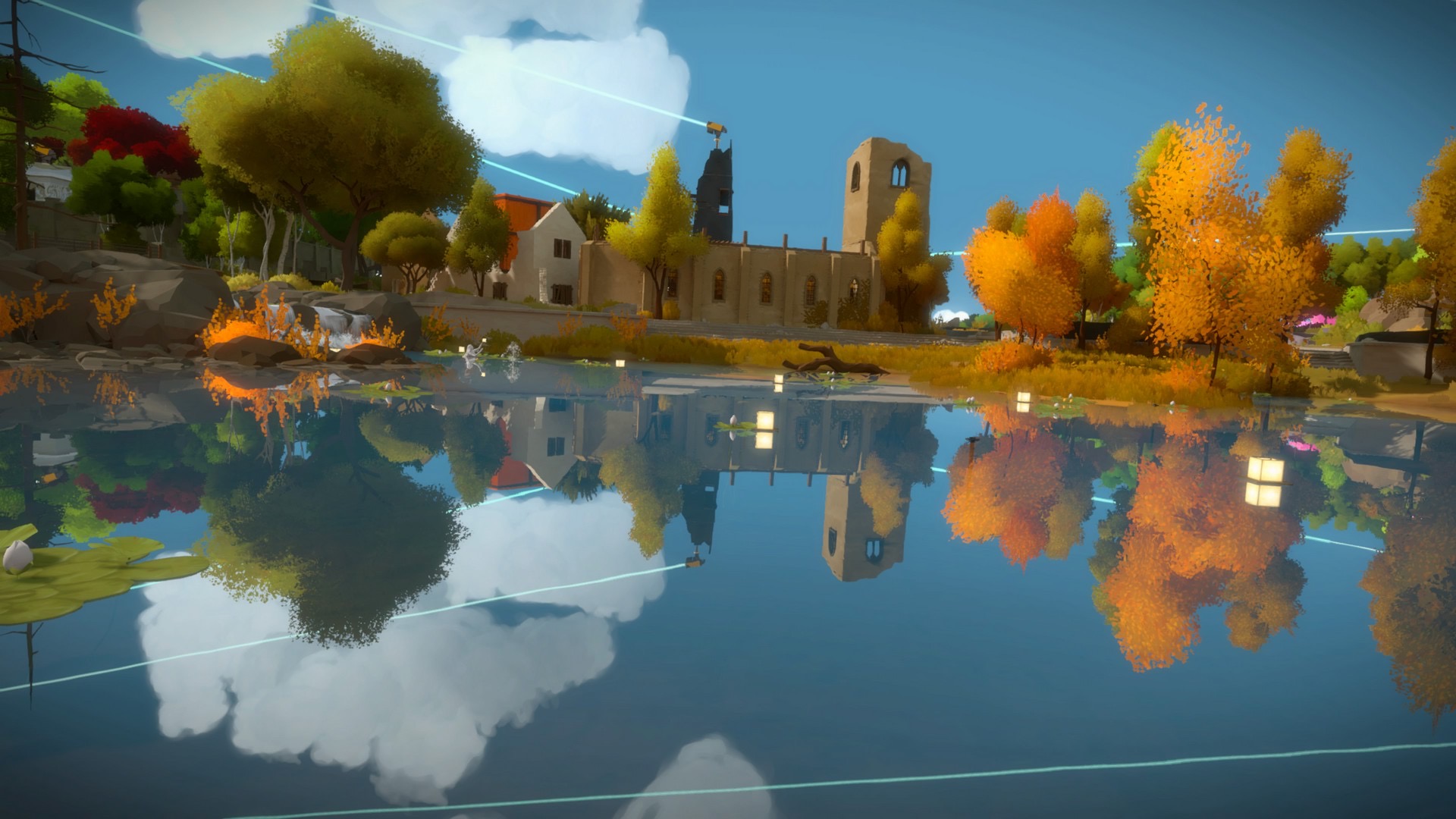 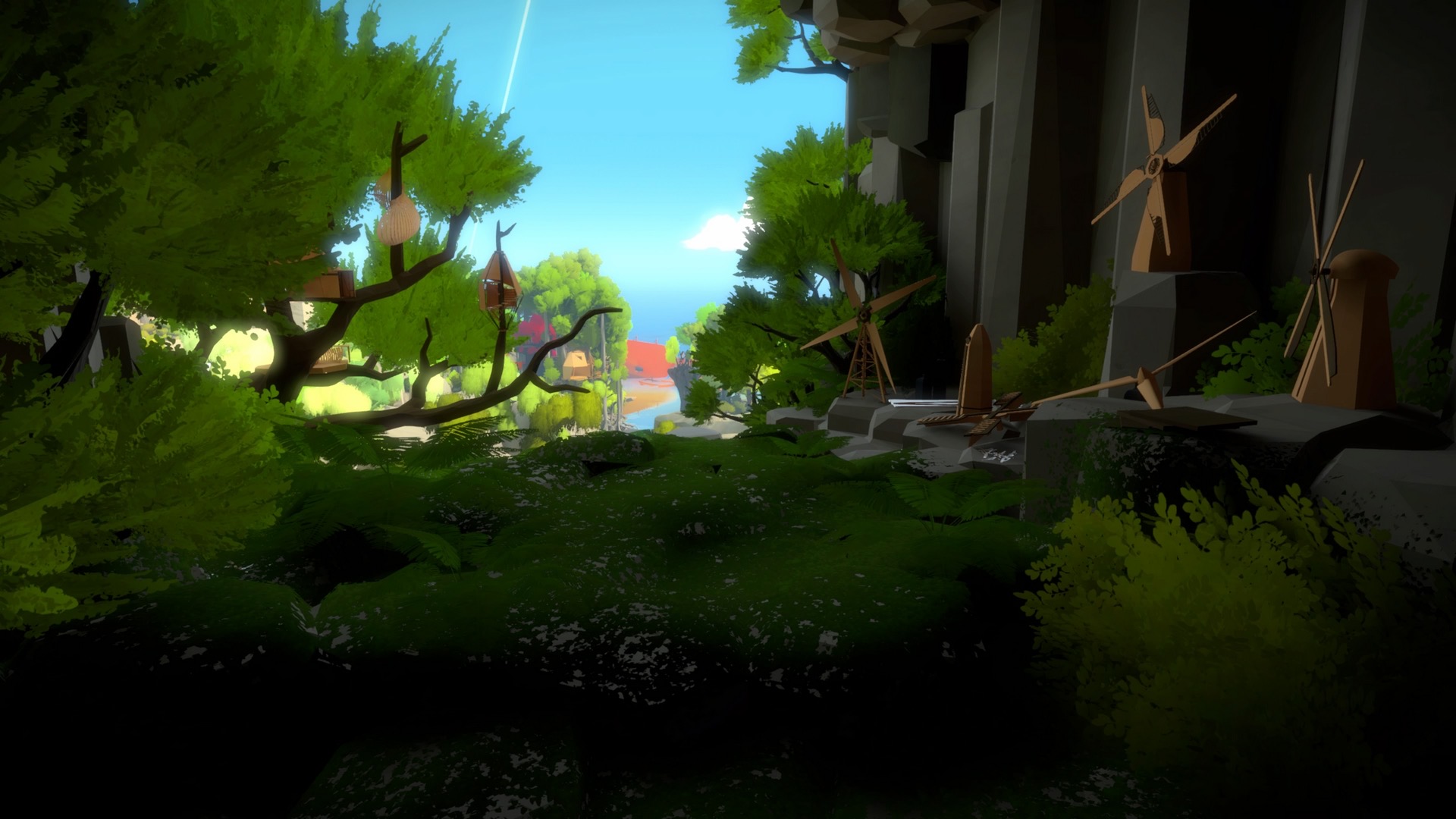 This game is not just brains but is a looker as well. The beautiful locations are a testament to that and this makes the game an all rounder by possessing a combination of compelling art design along with well thought out puzzles. Your senses are treated to some really picturesque locations like a bamboo forest, a marsh, a cozy jungle, a quaint monastery and several more serene locations. I loved trekking along the various paths in the game, discovering new points of interests and even going on a boat ride to explore what the island has to offer. 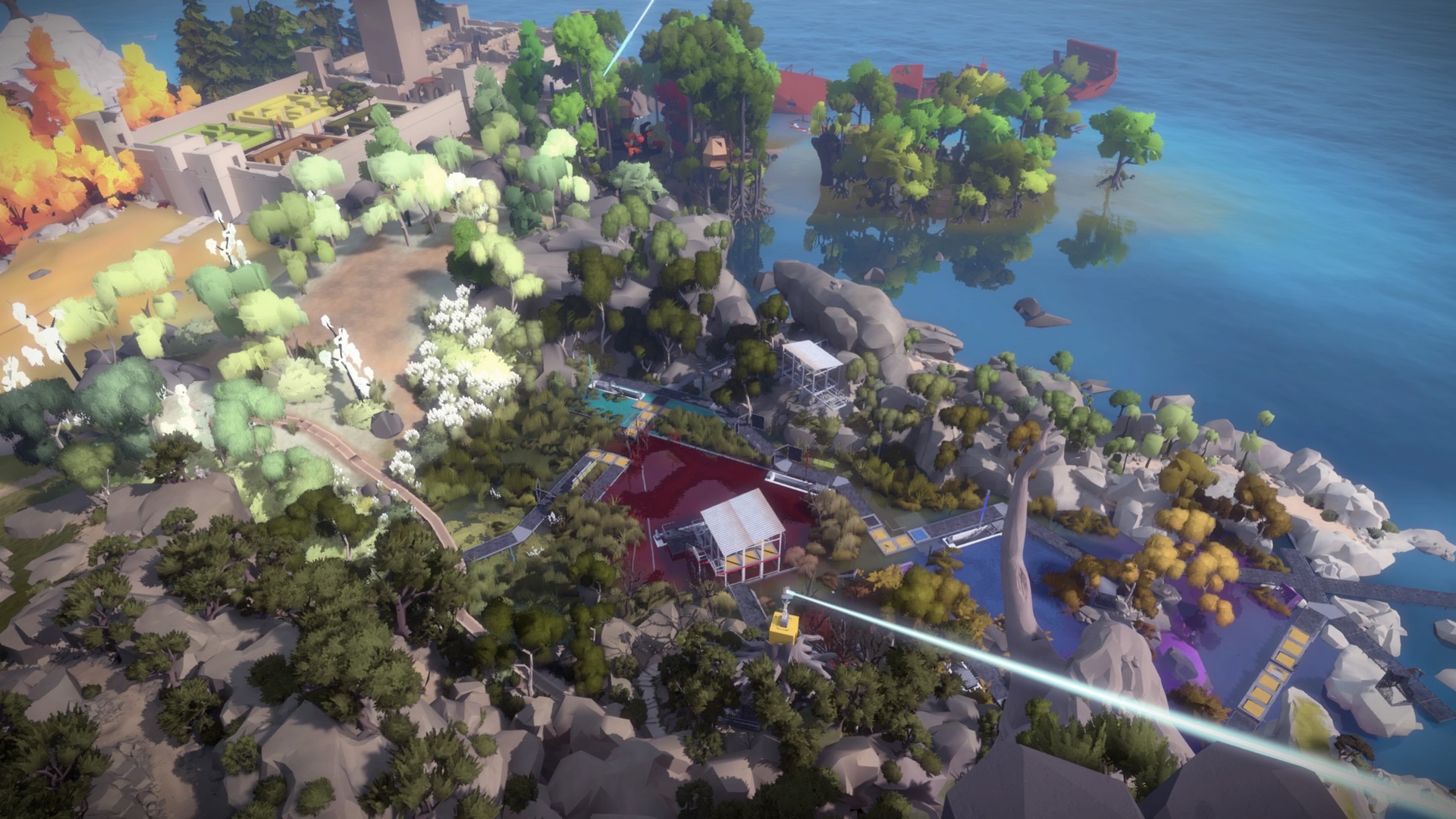 (View from the top of the Mountain)

That’s not all as there is more stuff to explore like Hidden audio logs around the island which contain quotes that pertain to what the game is about, what the idea of this game is. The audio logs provide a new perspective on things that you might have previously overlooked and I feel that there is a message somewhere beyond just solving the puzzles. Reaching the endgame, however, doesn’t require you to know anything about the story nor does the game push you to learn the story. Instead, your own curiosity is the driver that makes you want to know the mysteries behind this whole island as well as figure out the objective of the player. As a bonus, there is also a timed challenge area that you can do once you have completed all the areas in the game including the mountain. This area makes you dance to the beats of Hall of the Mountain King as you try to solve 14 or so puzzles in the time it takes the song to finish. 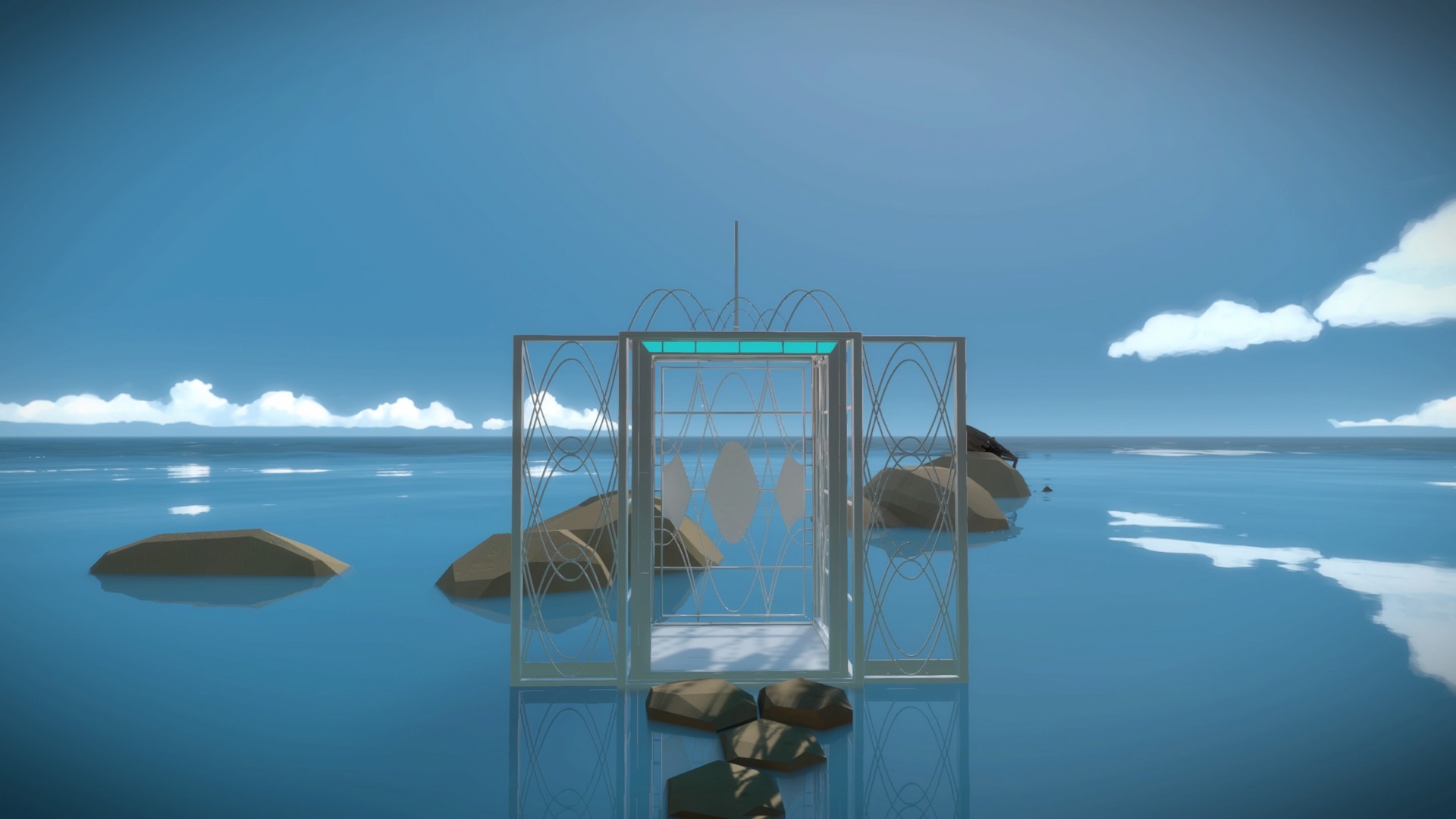 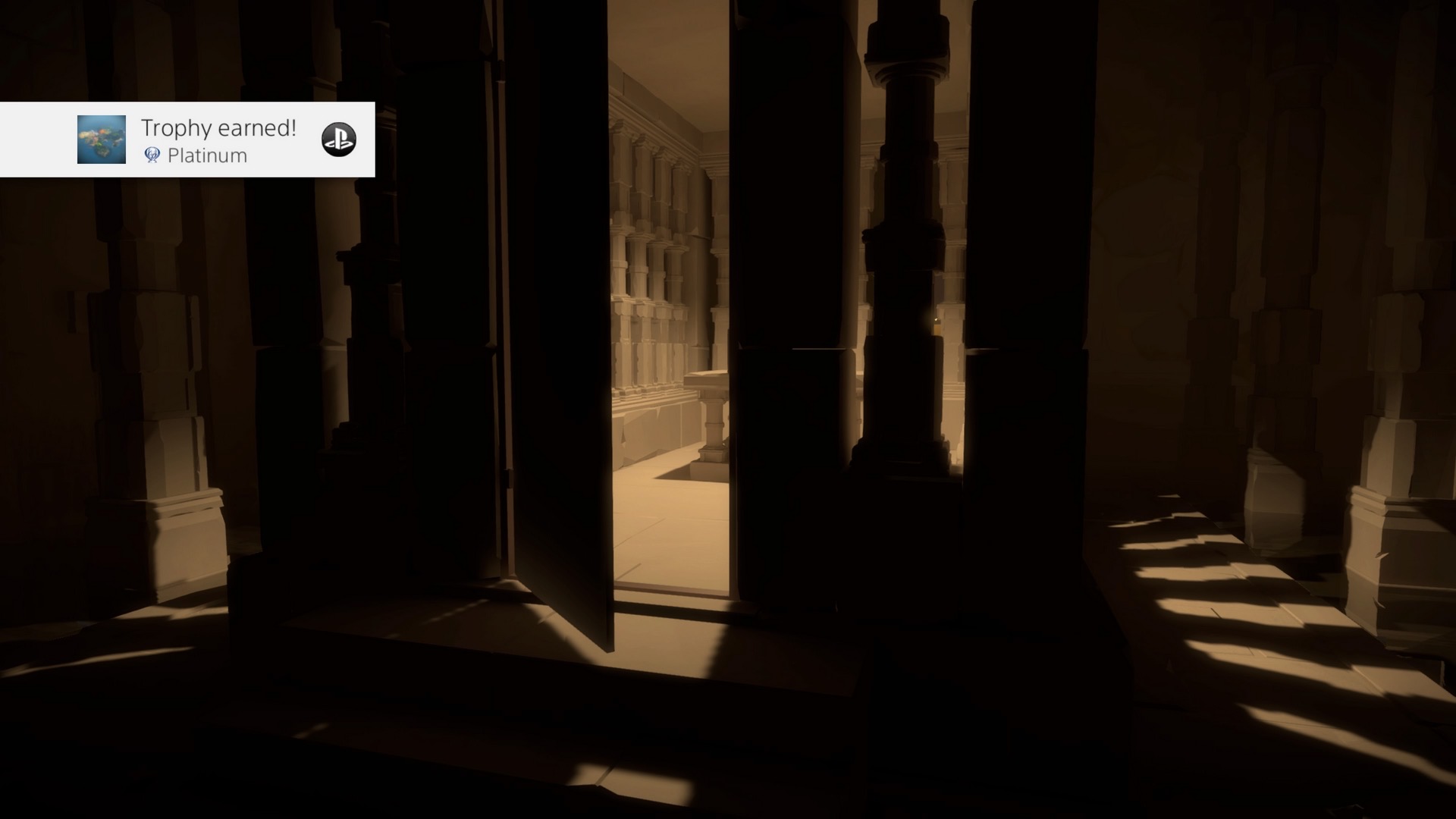 (End of the Challenge Room)

The Witness is a potent combination of gorgeous visuals and brilliant puzzle design which can suck you in and will light up a fire in you to solve each and every puzzle the game throws at you. It will force you to deviate from a straightforward approach and make you look at things differently. The satisfaction of having an Eureka moment after butting heads with a puzzle for quite some time is just so addicting. This game might just become your standard when deciding on other puzzle games to buy.