Visage is an indie developed psychological horror game from SadSquare Studios. It was released to Consoles and PC in October 2018.

Visage opens in a completely messed up way. With your character, in a room, with people who are screaming and tied to chairs, as slowly, a revolver is loaded. Slowly, every person is killed, until finally, the main character turns the gun on himself. This was a really messed up start to what I thought was going to be a thrilling adventure. Sadly it was anything but. 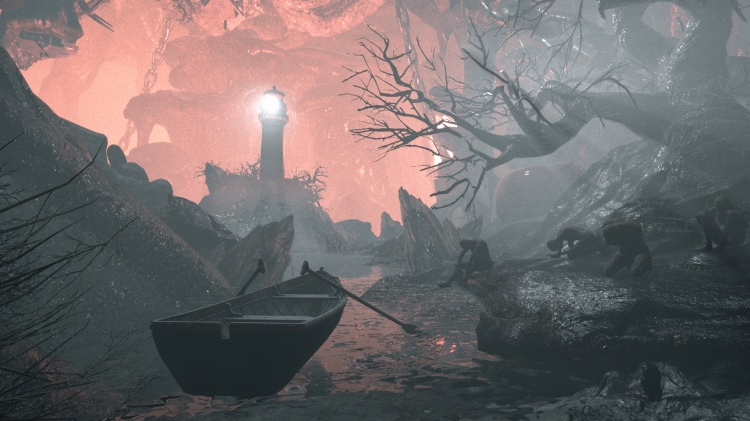 The game plays out in a nonlinear fashion. As there are three stories to complete, and you can complete them in any order you want. Sounds great doesn’t it? Until I tell you that you have to interact with a very specific object to start a chapter. The game takes place in a house. Which acts as the entire playground to the game. You learn what happened to each resident of the house, in broken up segments. Take Rakan for example. You learn he went nuts and ended up in a psych ward. After each little section, I would be thrown into the house again, until I figured out what to do to trigger the next event. This meant there were a lot of times in between every section where I was going “WHAT DO I DO!?” 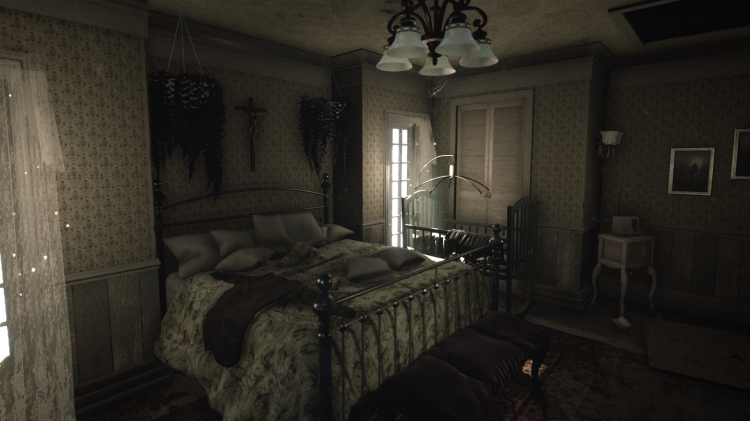 Unfortunately all of these stories were vaguely spooky, and you know that by relieving people’s stories, you knew how they all ended. After all the stories are done, you start learning about the main character. Again though, through very small and vague story bits. You know he’s an alcoholic and deals with stress. But those tones are repeated over and over and over. Yes I get it! But what about this item I found that showed his name on a doctor list at a hospital? Was he a doctor? Who knows! Did he beat his wife and child? Possibly? But it was only vaguely hinted at, unless I took the dialogue the wrong way. Heck I think the whole game may just be Dwayne’s trip through hell, because turns out he’s an asshole! 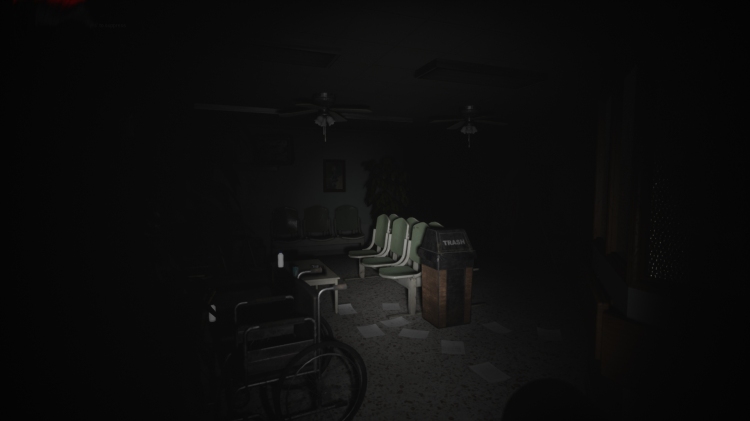 The gameplay is very exploration and puzzle heavy. But not exactly in a good way. Take for example Dolores’ chapter, which is all about puzzles. The puzzles are so incredibly vague, you’ll probably stumble upon the answer by sheer dumb luck. Like for one puzzle, you look through a peephole in one room, to see pictures on a wall. You then put those three pictures on specific spots in an art room that has 10 different spots to place pictures! There were even a few spots where I had to consult a walkthrough, because I had absolutely zero idea on what I was to do, or where I was supposed to go. 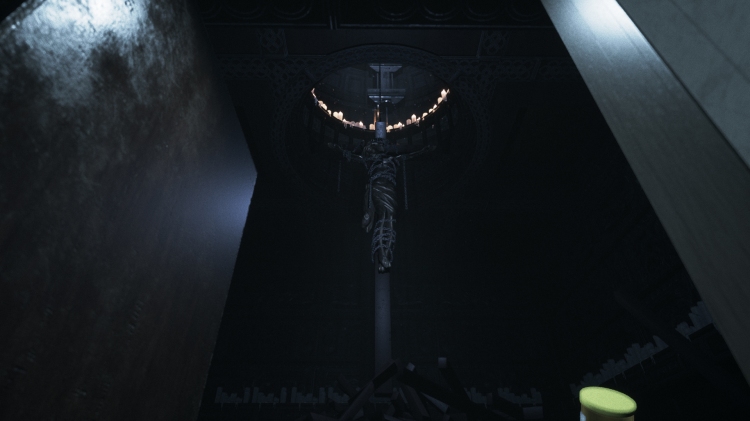 As for the exploration, this is where the game got dragged down immensely! At first it was a little fun exploring the house and being on my toes about seeing the next horrific scene. But after making my 17th lap of the house, just to figure out how to finish the next step in the chapter, I started to get more annoyed and infuriated. So by the time the horror happened, I was too annoyed for it to have any real impact. The worst part was when I’d get trapped in a room because some scripted scene was happening, and I’d just have to wait it out. Was it part of the story, or just a random occurrence? Who knows. That absolute worst part was during Lily’s chapter, where at one point I got trapped in a bathroom for 5 minutes, as I had to watch a tub fill. The only horrific thing about this scene was worrying that the water would overflow and damage the flooring. 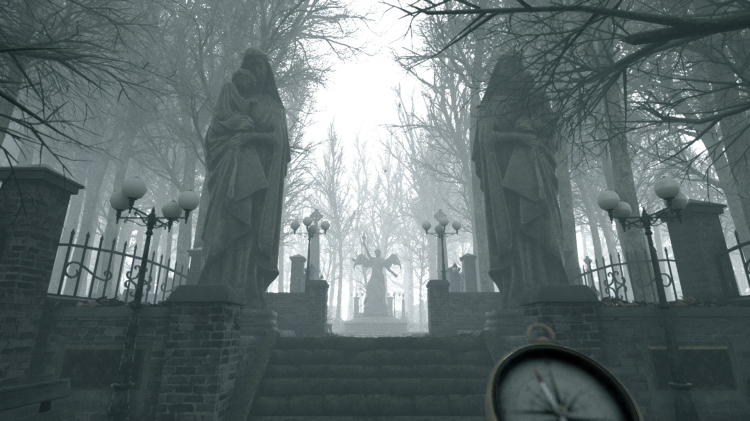 As you walk around the house, your choice of lighting options are usually limited. Between lighters that run out of fuel, and the lights in the house that usually have a reason for not working, or candles that you can find. The only thing about the candles though, is that you can’t carry them while lit or they extinguish. So you find a holder and put them in it. But even there they can extinguish. Plus the game is so dark. So even during areas when I HAD to crank the gamma to max, I could still barely see. Which wasn’t great because also having to deal with a “sanity” mechanic, I didn’t know if I was in a bright enough area to ward it off, causing a monster to usually appear from thin air and kill me. The worst was when I had to use the flash from a camera to manoeuvre around, and it was a quick flash so it didn’t do anything to help! So opening a room of closets was a pain when I couldn’t see the danger lurking behind them and I’d just die. It certainly didn’t help when after every death, it was at least a minute worth of loading before I got back into the game as well.

This game was so far from enjoyable. Sure it had a strong start, and the fear was there for a bit, it quickly became bogged down with vague puzzles, poor storytelling, and terrible scripted scenes, which just take so long to happen, by the time the horrific spot happens, I’d already been spinning in a circle for minutes. There’s a chance to salvage the game if you follow a walkthrough, but even then you’d have to consult something 24/7, so by then it’s just not worth it. Needless to say, I was very disappointed.

One thought on “Visage Review”