Halo Combat Evolved was originally developed by Bungie and published by Microsoft Game Studios in 2001. It then made its way to PC in 2003. It was then remastered by 343 Industries for Xbox One in 2014 as part of the Master Chief Collection.

After almost 20 years, everyone knows the name Master Chief. Either you love him, you hate him, or you just don’t care. This was the first big adventure for the Chief against the battle of the Covenant. It all begins when the Covenant attack The Pillar Of Autumn, which is the battleship that the UNSC are flying to get away. Before you know it, everyone has crash landed on a giant ring in space, that is filled with its own atmosphere and biomes! Little does anyone know, this is a mass weapon known as Halo. 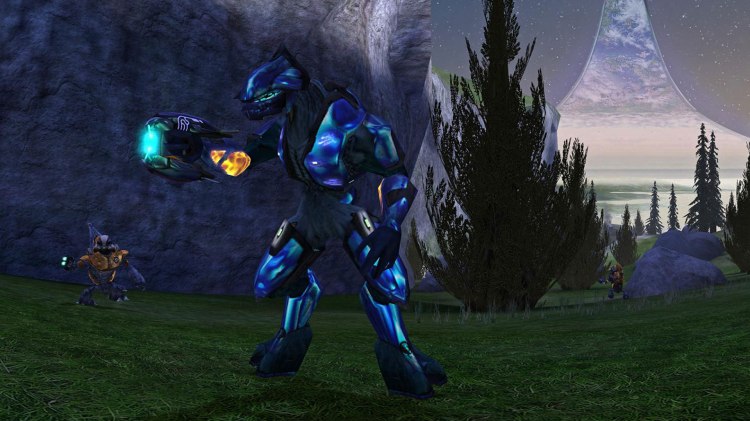 This is the first time I’ve played Halo in who knows how long, and I have a lot of fond memories with it. I also don’t remember the game having a sort of engaging story. Yes it was the first game of the series, so it’s not like it’s the most exciting thing ever, but I actually really enjoyed it this time around. Especially finding out about some things I just did not remember, or never learned because I didn’t pay attention enough! There were some added more videos that you can find throughout the levels, which were nice. But maybe they were there in the original game. Also there are subtitles in every portion of the game! When people are talking in the level, in cutscenes. Everywhere! Unlike the prequel, which was Halo Reach. 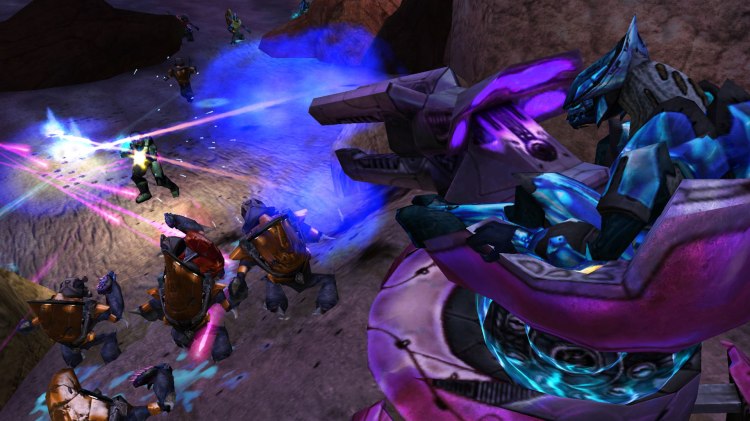 One thing I don’t remember about the game is the gameplay being very slow and the levels being long winding paths of the same looking hallways. Especially when you have to go through “deep underground labyrinths”. So eventually it gets boring looking at the exact same hallway layout 20 times in a row. It makes the level feel bloated and generally empty. The enemies are also bullet sponges. They either take a whole magazine of ammo and then some, or one too many melee attacks to take down. Even on Easy.

It will be forever fun to ride around in the environments in the vehicles and trying to fit them down hallways they shouldn’t be allowed down. Like taking a ghost through an otherwise small door. Or hitting a wall just right to get it up onto the ledge, instead of leaving it behind. I remember the final run of the game being one of the most epic set pieces ever. It certainly isn’t what it used to be, but it certainly was still fun!

I do wish they had upped the damage on some of the weapons in this remaster. Especially plasma weapons. Namely the plasma pistol and the plasma rifle. Trying to use them against anything just felt like I was shooting them with spitballs. So most of the time I stuck with an Assault Rifle and Shotgun, as it was the best way to deal with just about any threat.

One of my favourite things to do in the game was switching the graphics from the original settings to the remastered settings. It can all be done with the single touch of a button. So it was fun running around each area to see how much was truly changed up. This is also a feature for the entire collection, so I’ve done it so much so far, just because I can! It’s amazing to see the differences.

Halo still remains a great start to a long standing series. Though it doesn’t fully hold up the way I remember it, it’s still just as fun! Especially with the vehicles. God I love those vehicles. But I don’t remember the levels being so bland, with big empty hallways. I love the lore it started and I’m enjoying going through all of it once again. Though I do wish I was doing it in co-op, as that was always my favourite way to experience this game. Definitely still worth it!