Balan Wonderworld is a platforming game that was developed by game studio Arzest and published by Square Enix. It was released in March 2021 for PC and Consoles.

Everyone has a fear of failing at something at some point in their life, or watching something they love fall apart. But what if you found someone to help you conquer those fears, plus help others recover from the spiral they fell into? Well now you can thanks to a weird mysterious person known as Balan! They whisk you off to a weird world, fraught with silly costumes and beautiful areas, all to help others. 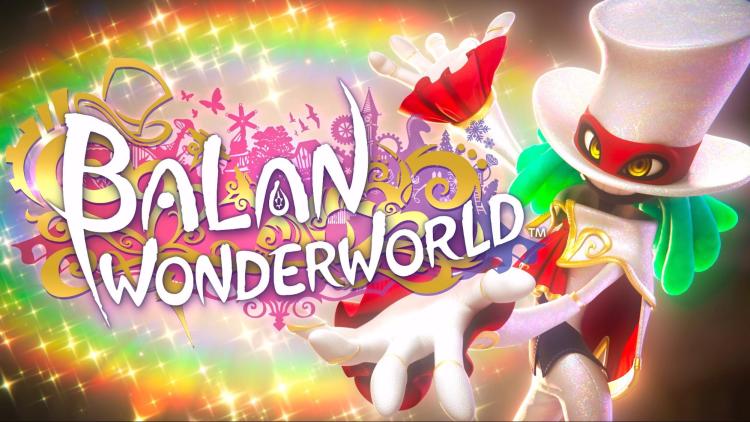 Though the story is kind of lacking in the game, each new world of the game sort of tells a bit of a story when you finish them. From the lady who felt powerless to stop a forest from getting destroyed to make way for homes, to a lady who couldn’t quite paint that perfect picture, so she got depressed, it all somehow tells a story. Are those stories ever super deep? No not at all, only because there’s no dialogue in the game apart from the opening cinematic. Even some of the cutscenes play like a slideshow.

Considering at the start of the game you get to choose who your character is, a boy or a girl, I believe they each sort of have their own “story” as to how they stumble upon Balan, thus having their own special conclusion. But I’ll be honest, I have no idea because I didn’t bother to start up a new file to see because the game only registers one save file at a time, so I would’ve lost all my progress just to see, unless I made a random account on my PlayStation to check.

When it comes to the gameplay, this is where it becomes a bit questionable with the design choices. In each area of the game you’re in, you find yourself needing to acquire costumes that have special powers in order to progress through the level. These range from being able to slam the ground, to floating in the air, to firing cannons from your body. The downside? You can only hold three at a time. The other downside? Not all of the costumes have the ability to jump! So take for example a costume that turns you into a firefighter. When you press any of the six, yes that’s right, SIX, interaction buttons, instead of jumping, you pull out a ladder that can only be climbed at specific interaction points.

So say you get hit from an enemy, you lose the costume you’re currently wearing, and you’re put into another costume that you have. You cannot unequip a costume at all. So if you find yourself in the middle of a platform, wearing a costume you can’t jump in, you’re screwed. I’m not sure why you wouldn’t let every costume jump, plus who needs six buttons that all do that same thing? It makes no sense! So this left me making sure I always had at least two costumes on me that I could jump in, which luckily you can change at any checkpoint by holding down any of the interaction buttons and walking into the circus tent that pops up. Only thing is, you better have at least one extra for a costume you need or you can’t use it.

The way the progression works in the game isn’t explained at all in the slightest. Here I thought I’d just have to beat the level to be able to continue, but I was wrong. In each level, there are eight golden figures of Balan, plus a few more for a minigame, but I’ll touch on that in a second. You have to gather these figures to hit a certain number threshold to then unlock new worlds to travel through, just to beat the game. As you explore later world’s and get different costumes, the game wants you to go to older world’s and check out the things you may have missed. Some levels require this immensely and some don’t. There was one level I only got one figure in no matter how hard I tried because I needed different costumes. 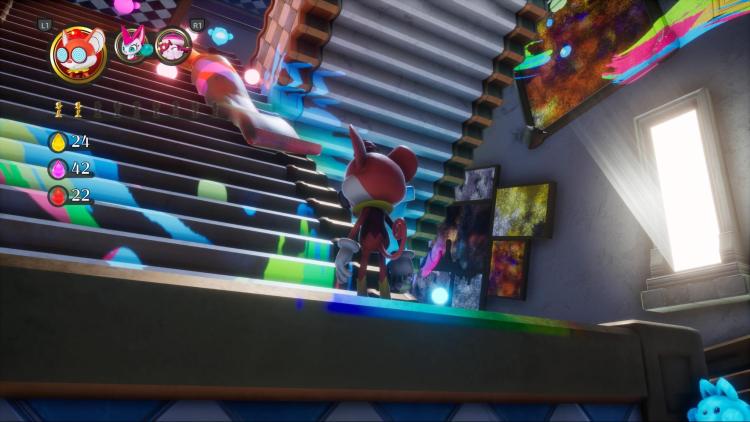 Then in the levels you find giant golden hats so long as you can reach them anyways. This brings you to what is essentially a long drawn out QTE scene as Balan, where you have to break stuff. Depending how you perform the QTE, you get graded, the best grade being excellent. Now here’s the thing, if you beat these QTEs, you get extra gems, but if you get all excellent ratings you get a figure, but the QTEs are so hit and miss! I failed getting these figures so many times because of one mistake, it made me not play these things anymore. Which I was fine with because again, they’re so long and boring!

The level design on the other hand is absolutely stunning. From running around a farm, to going through a burned out city, I was in awe with how awesome not only the visuals were, but again the level design. I took so many screenshots, which is a surprise because I’m not one for screenshots. When you’re not in levels, you’re in a little HUB area known as “Land Of The Tims”, where you get to raise little fluff balls known as Tims. You feed them gems you find and they generate power for their little city to make it grow more and more. I spent quite a bit of time playing with these things, watching them go down slides and jump on pumps, all to let the number go up for the next upgrade. It just sucks that the number only goes up when you’re in the HUB and not when you’re in levels. 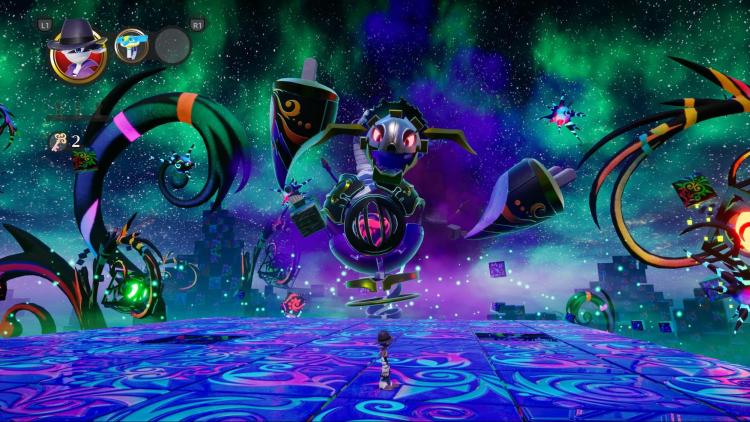 I went into Balan Wonderworld expecting a very bad game because of people on the internet. But I found a surprisingly fun and pretty game. Sure the gameplay is a bit rough around the edges and the progression isn’t explained, but everything else made up for it honestly. I can definitely say, try this game before you knock it.