Cobra Kai: The Karate Kid Saga Continues is a beat ’em up based off the hit TV show. It was developed by Flux Games and was published by GameMill Entertainment in North America and Maximum Games in Europe. It was released in October 2020 for Consoles and January 2021 for PC.

When Eli and Demetri are taken to the principal’s office for beating each other up, they tell a tale of crazy powers, betrayals, and the constant brooding war between Cobra Kai and Miyagi-Do. How evil the other karate dojo is, and the schemes they would put on, but little do they know, there’s always more going on behind the scenes. Strike hard! Strike fast! No mercy, sir!

The story of the game is a total departure from the show. Taking place somewhere after season 1, considering some of the characters that are in it, and the fact that the All Valley Karate Tournament has already happened. When you start the game, you get to choose a dojo to play as. Either each with their own characters, who have their own special abilities, and the dojo also having their own abilities. Cobra Kai deals in fire based attacks, while Miyagi-Do deals in ice based attacks.

The story plays out with one character being sent a letter to go to a golf course, only for everything to turn sideways, and karate goons to be everywhere. You then get a map that has specific locations marked on it. So you go around the map, beating level by level, trying to uncover what is going on, and why you got deceived. Though I will say the story was a bit boring. No matter what side you pick, it’s basically the same story, but you need to beat both sides to be able to see the true ending. Which mind you is ruined because of the trophies/achievements of the game. So the big bad is revealed right away, but it’s also obvious if you know the show. 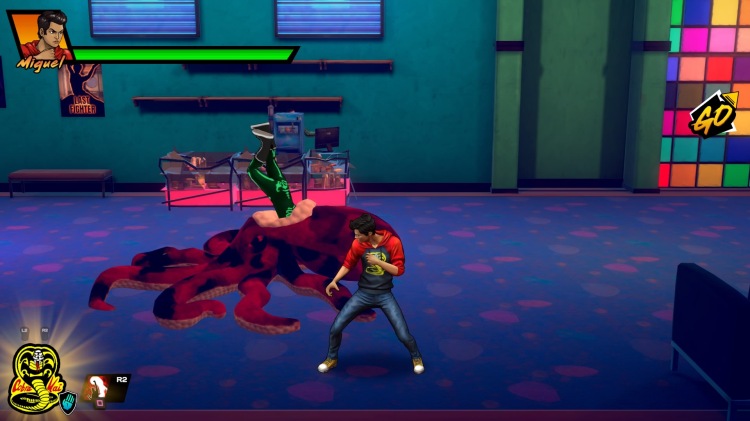 Unfortunately as I said, the story is dull. You go around wondering why the other dojo are being jerks, and every character you talk to talks about “that other crazy karate guy”, which no matter what story you play, has the characters always jumping to conclusions as opposed to asking questions. Honestly sometimes I was wondering what the hell I was even doing. The game has full voice acting, except only 4 of the main cast returned. So listening to some of the characters talk was a bit jarring, considering they had completely different voices than what I was used to. When the story beats actually happen, it’s told in fun little comic book style as well. 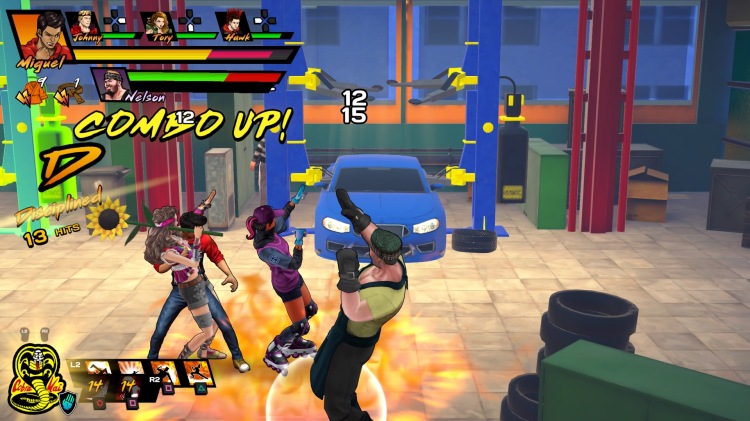 The gameplay is a great beat ’em up. But unfortunately it also has its flaws. Each character you play as has 4 separate abilities. Plus the 4 abilities relegated to the dojo you’re playing as. As you make your way through the levels and beat up goons, you get coins. These coins are used to level up characters, or your dojo abilities that cross over to every character that you’re playing as. It was fun to level up all the skills to see them get more powerful, to then see if I could kill every enemy on screen in a single unbroken combo with my abilities. But the downside is that as you upgrade your characters, the enemies get stronger too. So it felt pointless. Even though I felt stronger, the enemies health pools grew larger so it never felt any different. Then by the end of the game, you’re just cycling through every skill constantly, as they all cool down so quickly. 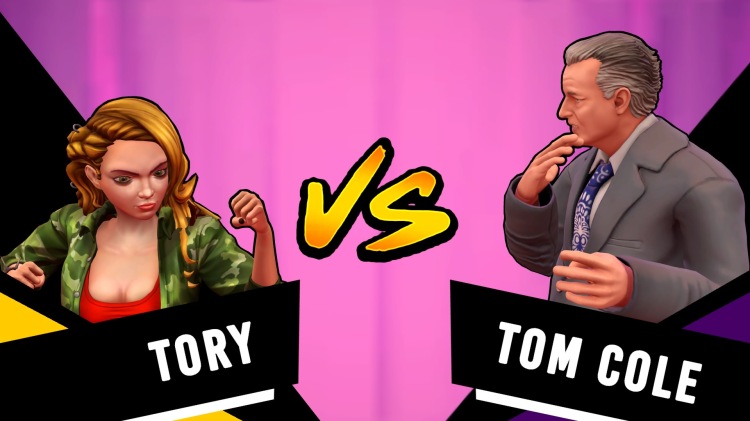 If you’ve ever played a beat ’em up, you know how they work. You go side to side, with your punch and kick abilities. Usually able to form some sort of combo depending on how you push them. What I wasn’t used to, is a parry button. As the enemies attack, they would have a white glow that indicated their attacks. Sometimes these were really fast, or slow so I had to get used to it all. I enjoyed needing to do that, as if I successfully parried, I would do crazy amounts of damage, or maybe insta-kill enemies. Unfortunately the attacks didn’t always work as intended. Sometimes my attacks wouldn’t collide. Or an enemy would run through me as I’m trying to keep my combo going so I could get health back for having a good one.

Speaking about combos, there was a hidden combo system. Which is completely separate from hit count. You start at D, and go to A. The last combo rank being NM for No Mercy. To get this up, you just have to hit an enemy with every attack you can think of. Then switch to another character and do it again, and again, and you may not know if you’re close to a new combo level because the system is hidden. Eventually you’ll go up to a new rank if you try hard enough though! As you get collectibles, you also get new effects for your powerups. This does it very differently. The enemies drop karate gi’s and belts. You have to get both to get a power up. Except the gi’s are what trigger the powerups. So a gi may say “jump two times.” When you do this, the effect that’s on your belt will be activated, like “15% extra damage for 25 seconds.” It was a really fun and different system that I really enjoyed. 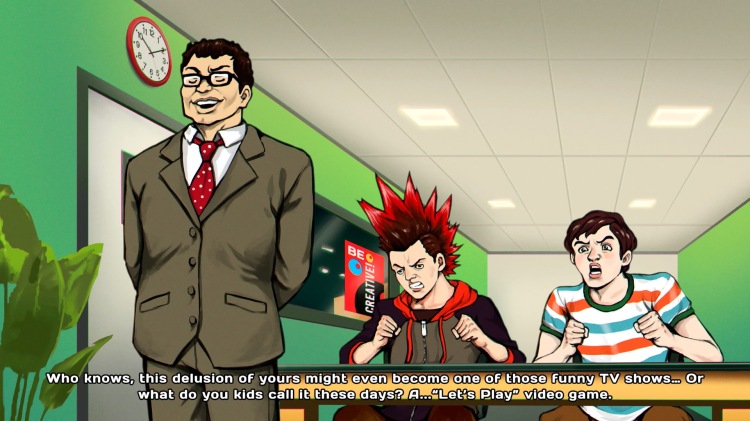 Though I enjoyed the game a bit, there’s quite a few flaws holding it back. Lackluster story, most or the original voice cast isn’t here, some combat issues. Though I do recommend it, don’t expect anything too grand, especially when you need two runs. Those 30 minutes levels become a real drag.