The Legend Of Heroes: Trails Of Cold Steel is a turn based RPG, set in the Trails series that is developed by Nihon Falcom. The game was published by XSEED games and was released in September 2013 in Japan, before it saw a western release in December 2015. It then saw a European release in January 2016. A PS4 port was released in 2018/2019 with all DLC included!

It’s been two years since Zemuria saw the crisis in Liberl. Two years since they almost caused a war and there was a mysterious object in the sky. But now the focus shifts from the region of Liberl, to the Erebonian Empire, where Rean and his classmates are attending Thor’s Military Academy, as the first people in the new Class VII! 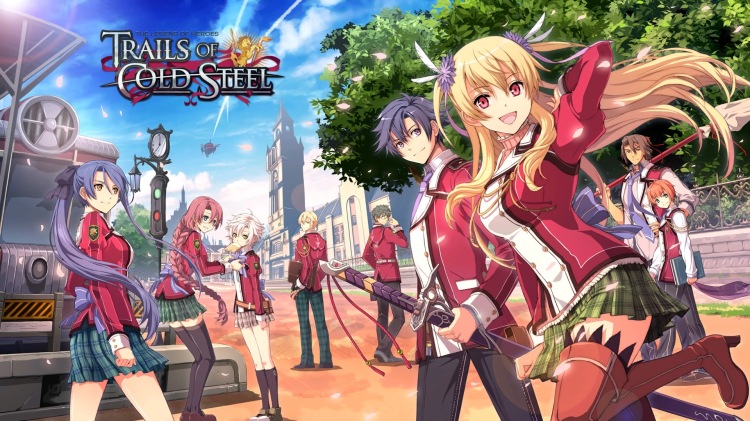 The game starts off about three quarters of the way into the story. Things are hectic and insane, and I was all for it. Hoping this was going to lay a foundation for the pacing of the game. But after the initial events, time goes back five months, and you see Rean arriving at Thor’s, and you start actually meeting all the characters. So right off the bat I was annoyed with the way the game did that. I can’t stand when games or shows go “this big thing happens, now let’s rewind and show how we got here.” That means that no matter what befalls the character before that specific event, I know they’ll be okay no matter what.

Unfortunately, even though the game starts off at a crazy pace, it soon slams on the brakes hard. The pacing slows right down and the crazy story beats are few and far between. Luckily the writing was absolutely fantastic. Between all the characters in Class VII and all the supporting cast, there was never a dull moment. There’s Patrick, the Noble, who always struts around thinking he’s better than everyone, until he sputters around after failing. Misty, the host of a radio show that Rean loves to tune into. Then of course there’s the main cast. Everyone makes dirty jokes, goes through the cycles of trying to figure out how to like each other. Like Jusis and Machias, who are from two different lifestyles and are always at each other’s throats!

This is what kept me going in the very slow times. There were a few story beats that had me surprised, because they correlated to events in the Sky trilogy, or they answered questions I’ve had for a while, but I was never on the edge of my seat. At least not until the very end of the game, where it all finally gets kicked into high gear, but then it’s over before you know it, and leaves you hanging with one hell of a cliffhanger.

The gameplay is a bit more refined than it was in the Sky series. As opposed to grid based combat, you can now move your characters anywhere you want in battle. Of course this means using up your turn. You can cast your Arts, which are magic, use a craft, which is a character’s special ability, or just straight up attack with your weapon. But now you can link your characters. What this does, is that if you score a critical hit with someone, you can do a follow up attack with your partner that you’ve linked with. Eventually throughout the story, this system just gets better and better. Of course it went hand in hand with the effects you can receive on your turn in battle. Like a definite critical hit. So I was always paying attention to make sure I got the best bonuses on a turn, and not the enemy.

The one change I couldn’t really get behind was the change that the game did with Quartz. What these are, are the gems you equip to give you magic, no longer give you stat boosts with every gem. Or if you do get a stat boost, you don’t get a magic ability. In previous games, when you equipped the gems you would get a stat bonus and a magic ability. So this made it hard to fully optimize my team, as I wasn’t sure what to go with. Stats boosts, or magic? 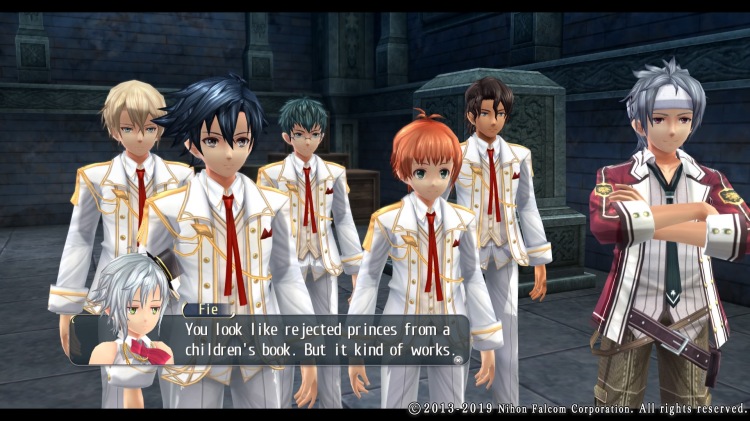 The gameplay loop felt a bit repetitive and exhaustive to me. I’m talking outside of combat. You’d start off each chapter the same way usually. A fight, then you’d have a series of quests you can do, that always ended with exploring the same dungeon. Then you’d travel to a city to learn more about where a character, and where they came from, do two sets of quests, then a “serious moment” would happen, before it all repeated over and over and over again.

Then there was the issue with how acquiring Mira, which is the currency in the game, was changed. Instead of gaining some for doing quests, you now get a specific set of sepith crystals to sell. But you wouldn’t get much, and no matter what, you could only sell them for 10 Mira a piece. So I was used to having an abundance of money from doing all the side quests, now I felt that if I wanted all the newest equipment, I had to grind battles a lot in the new areas. But luckily if I died, the battle offset option was still there, to make enemies weaker and for me to try again. Which of course I used a few times. Especially when I was overleveled for an area, but yet the boss at the end could still wipe my party before I could even move.

I loved the characters, the world, and all the references to the previous Sky trilogy in this game. I loved learning all about each and every new character. But the pacing for the story was some of the worst I’ve ever experienced, plus the same gameplay loop in every area never kept stuff interesting. Do I recommend this game? Absolutely. Must you have a will of steel to get through it? Yes. Yes you must.