Turnip Boy Commits Tax Evasion is an action adventure game that was developed by Snoozy Kazoo and published by Graffiti Games. It was released in April of 2021 for PC and Consoles.

Everyone has to pay their taxes. You. Me. Turnip Boy. When Mayor Onion of Veggieville repossesses Turnip Boys house for not paying his land taxes, he gets told he can have it back under one condition. If he does jobs for Mayor Onion. So off our little heroic Turnip goes to work off his debts! 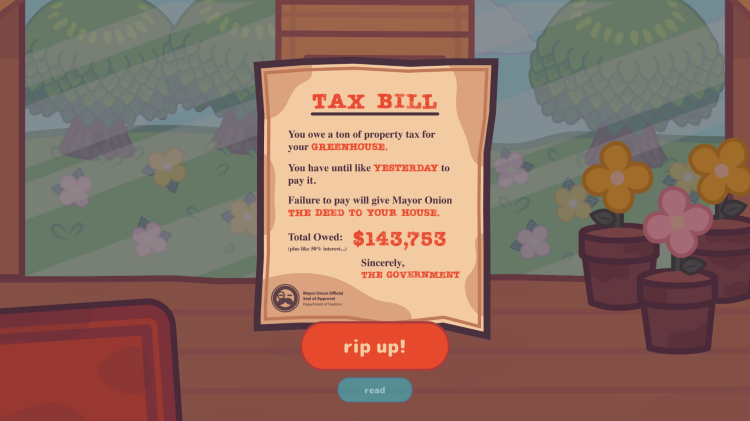 The story of the game is simple. You work off your debts for the Mayor, but you end up finding out about some crazy theories and conspiracies along the way! But it wasn’t the story that made me laugh, or kept me hooked. It was the fantastic writing that did that. It was filled with witty plant based puns and a silent protagonist who just reacted with silence to everything, no matter how ridiculous it truly was. The twist at the end certainly got me as I wasn’t expecting it to happen, but at the same time, the story wasn’t a deep thing. It was more so just a setup for all the shenanigans. But it certainly was funny to figure out how all the plants in the world have become sentient. 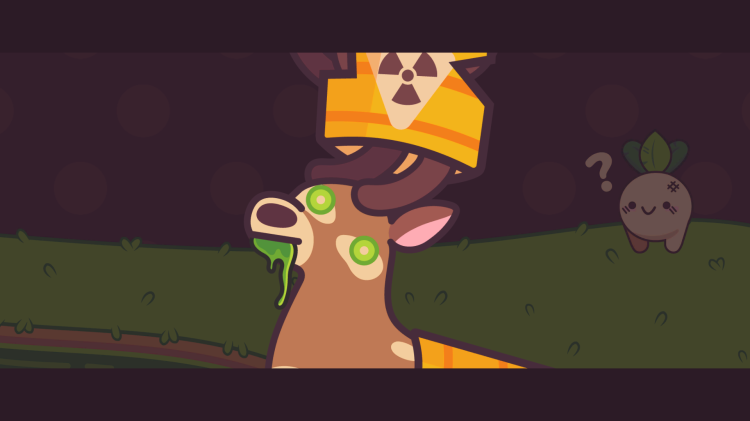 The game plays like old school Zelda. You have your top down view, and as you progress through the game, you get to go through dungeons. There are enemies to defeat, puzzles to solve, and even bosses to kill! In the town, you can even talk to the NPCs who may have a quest for you to do. The rewards are usually something like a hat. These hats don’t actually do anything for you, but they are silly. There is a hat called “scissors”, where the only thing it does is take the leaves off of Turnip Boys head.

The combat in the game isn’t exactly the best thing. When you swing your sword, it stays on the screen for a couple seconds, while you’re stuck in place, before it disappears and you have to one again activate it. What kind of annoyed me is that the easiest way to play the game is by using every item with the right stick, thus letting you use said item in any direction you want. But the game never actually tells you that you can use the right stick for such a thing. So before I knew that I was getting frustrated with the controls during some instances. But luckily if I ever got too frustrated at them, I had the option for player invincibility and super strength in the options menu! It was nice to see such things in the game in the event that anyone is struggling too hard. 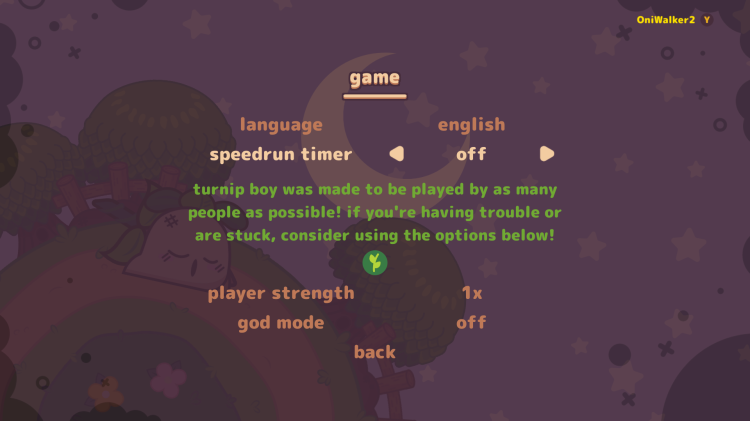 After you finish the game, you get access to an area called the “Limitless Line”. This is a bonus dungeon that is also more so just an arena in a sense. You clear the room, move onto the next room, clear that room, move on, fight a boss, move on. The only thing is, that after the bosses, you get a rotation of random items that give you buffs. Very roguelike. I tried to make it through this dungeon, but I got too bored by the time I finished the second boss in it, so I turned it off. The game could also have benefited from a fast travel system of some sort or maybe even a run button. There were a few times for quests I had to run back and forth from one area to another, and it was quite a distance each and every time. Sure I finished the quest, but it took minutes at a time and was completely unnecessary. 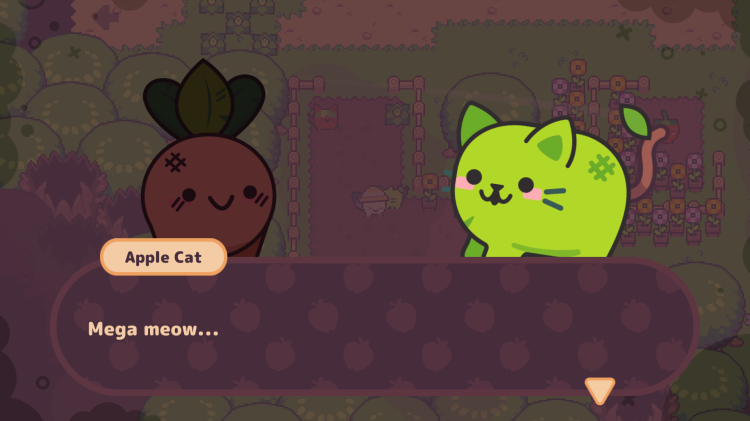 The game was a little unstable on my Xbox One S. Maybe because it’s an old system, or just because of the game. I’m not entirely sure. But I had a few crashes, and in the HUB area, the game would lag extremely badly. As you go through the game, you find sheets of paper that Turnip Boy just loves ripping in half. It was a whole funny shtick, that I did honestly love. There would be an animation of the item being ripped in half. But after about the fifth time, I stopped seeing the animation. I’d hit the button to start the animation, the game would freeze for a second, then I’d be back in control, and I’d hear the ripping sound. I was frustrated I never got to see such a silly thing that was a big part of the humour.

Turnip Boy Commits Tax Evasion was a silly little adventure. Clocking in at about 4 hours, it was a fun way to spend a night. Unfortunately the technical issues really wore on me, and the lack of a fast travel or run. I definitely recommend the game for anyone who wants some silly humour, but don’t expect a deep and crazy story.