Trek to Yomi is a side-scrolling action game coupled with black and white visuals which pay homage to Akira Kurosawa and his movies. Developed by Flying Wild Hog and Leonard Menchiari, the game released on May 5, 2022 with the publishers being Devolver Digital.

Revealed back in E3 2021, Trek to Yomi captured the imagination of a lot of gamers, chiefly because of its visual presentation, the game setting and the music. The monochromatic visuals made the game stand out apart from other releases and this combined with the Edo era setting helped ensure that the hype around the game endured till its release. Unfortunately, beyond that the game has not posited any remarkable stuff especially concerning its combat system and the camera angles. 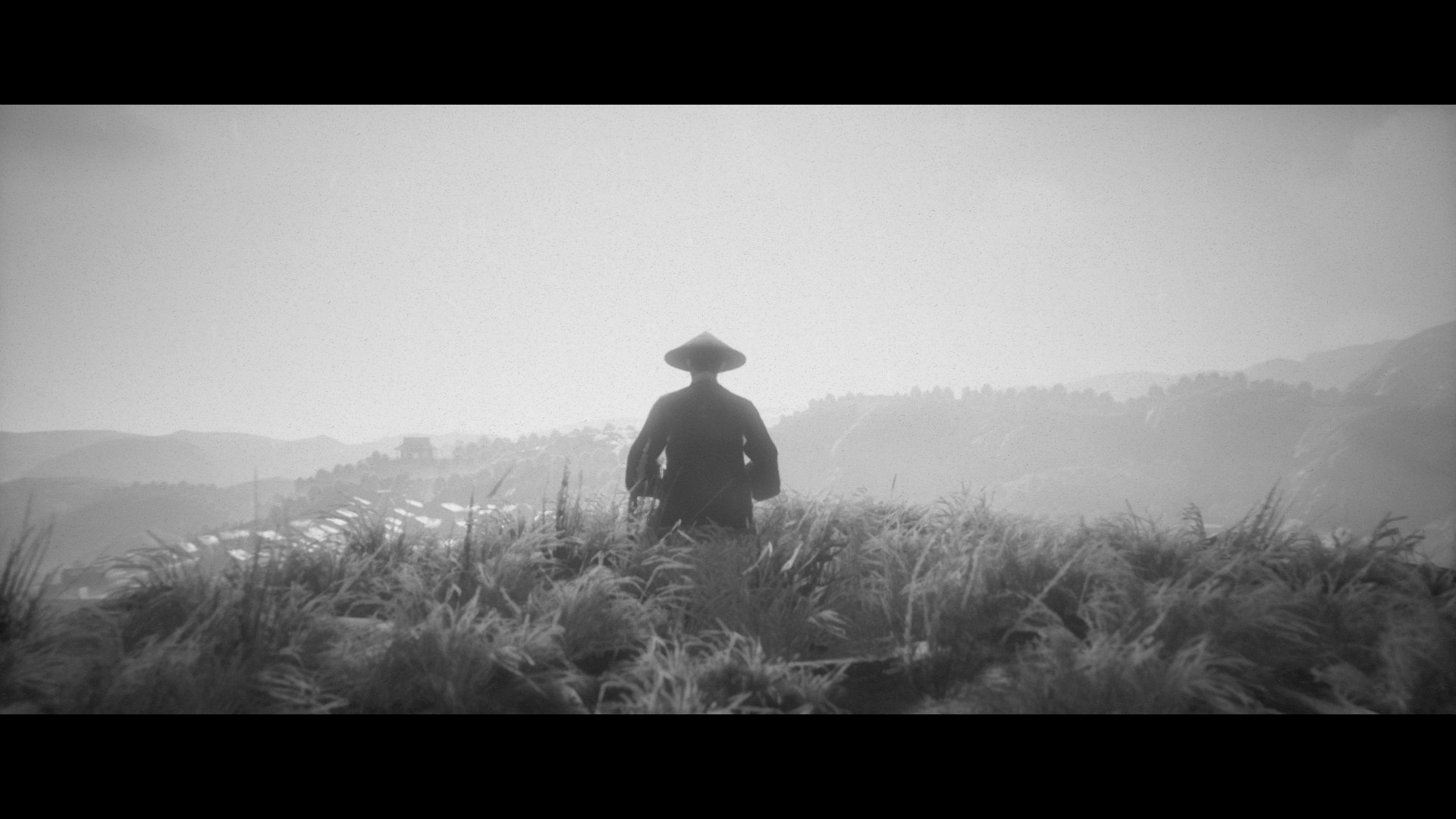 The story begins with you, Hiroki, training to become a samurai, with your Sensei teaching you some basic moves and abilities to help you find your footing in the game.  Midway through your training, a messenger approaches your Sensei and he rushes off to handle the issue and this perplexes you, since he has never left your training midway before. You decide to go after him along with Aiko, Sensei’s daughter, and this involves a trip through the town, exploring its streets and interacting with the people. While exploring you get to know that bandits are attacking the town and your Sensei has gone to fight the bandits and a while later, you yourself encounter the bandits. You fight the bandits while progressing through the terrain till you reach your Sensei and encounter Kagerou, against whom you fight a mini-duel which transitions into a cutscene after you manage to hit him. Here, your Sensei decides to go for a duel against him, cuts Kagerou, but gets seriously injured in the process leading to his demise. This is where your journey begins as the bandits remain a mainstay in the story, even till the end of the game.

The story and the revenge plot, it focuses on is hard to care about, as the game does very little to explore the important characters and their motivation to do what they are doing. There is no foundation for you, as a player, to care about Hiroki( the main character) and his quest for revenge when the game fails to properly explain as to why the bandits are attacking the town, what compels them to do so and why they still insist on attacking the town even after a few years have passed. 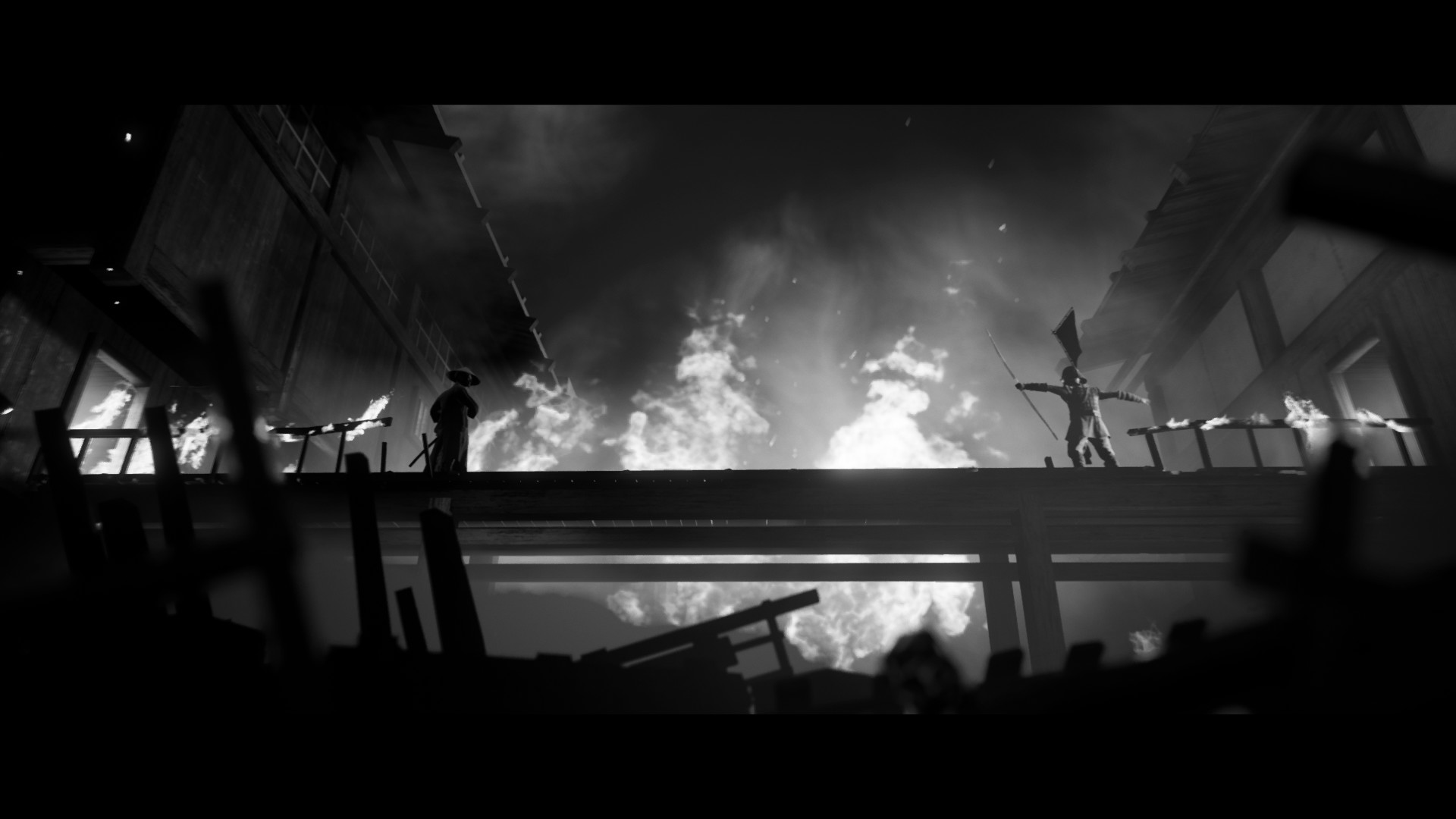 Coming to combat, I feel this is where the game falls short the most and it is pretty evident from the beginning. If you are playing on the easiest difficulty, then the game’s combat devolves even further and becomes a mindless hack and slash game with no depth to the combat. It is only on higher difficulties, sadly, that you derive an ounce of enthusiasm from the combat. There are combos that you unlock as the game progresses, but these combos feel mostly useless as the game punishes you for not parrying, especially on higher difficulties and makes parrying the only viable option when it comes to fighting enemies. This gets really dull after a while and starts to feel like a chore, though, thankfully, the parry window is quite generous even though it doesn’t work smoothly all the time. The boss fights are where your combos actually come into action and are the shining beacon of hope for this game. I really enjoyed the boss fights, especially in the Yomi area as the bosses were really unforgiving and required a good knowledge of dodging and rolling to avoid damage. There are also ranged weapons which are really useful against enemies like Archers, Horse riders and cannon wielders in Yomi. There are shrines scattered about which serve to recharge your health and serve as save points.

Talking about the visual presentation and the art style, the monochromatic aesthetic really suits the game and it serves as a nice throwback to black and white samurai movies of yore. The way the world has been portrayed gives you a fantastic glimpse into the daily life in Edo era Japan, the style of clothing people wore and their occupations. Most of game’s setting is grim, there is death and destruction all around you, houses are on fire, people are mourning the loss of their loved ones and there is a feeling of devastation from the environment. The surrounding don’t change much till you are deep in Yomi and then you witness the paths crumbling, enemies changing and other supernatural happenings. As far as the camera angles are concerned, they felt really weird and even obstructed some of the fights due to the way the camera was positioned, it also made traversal through certain areas a complex task. 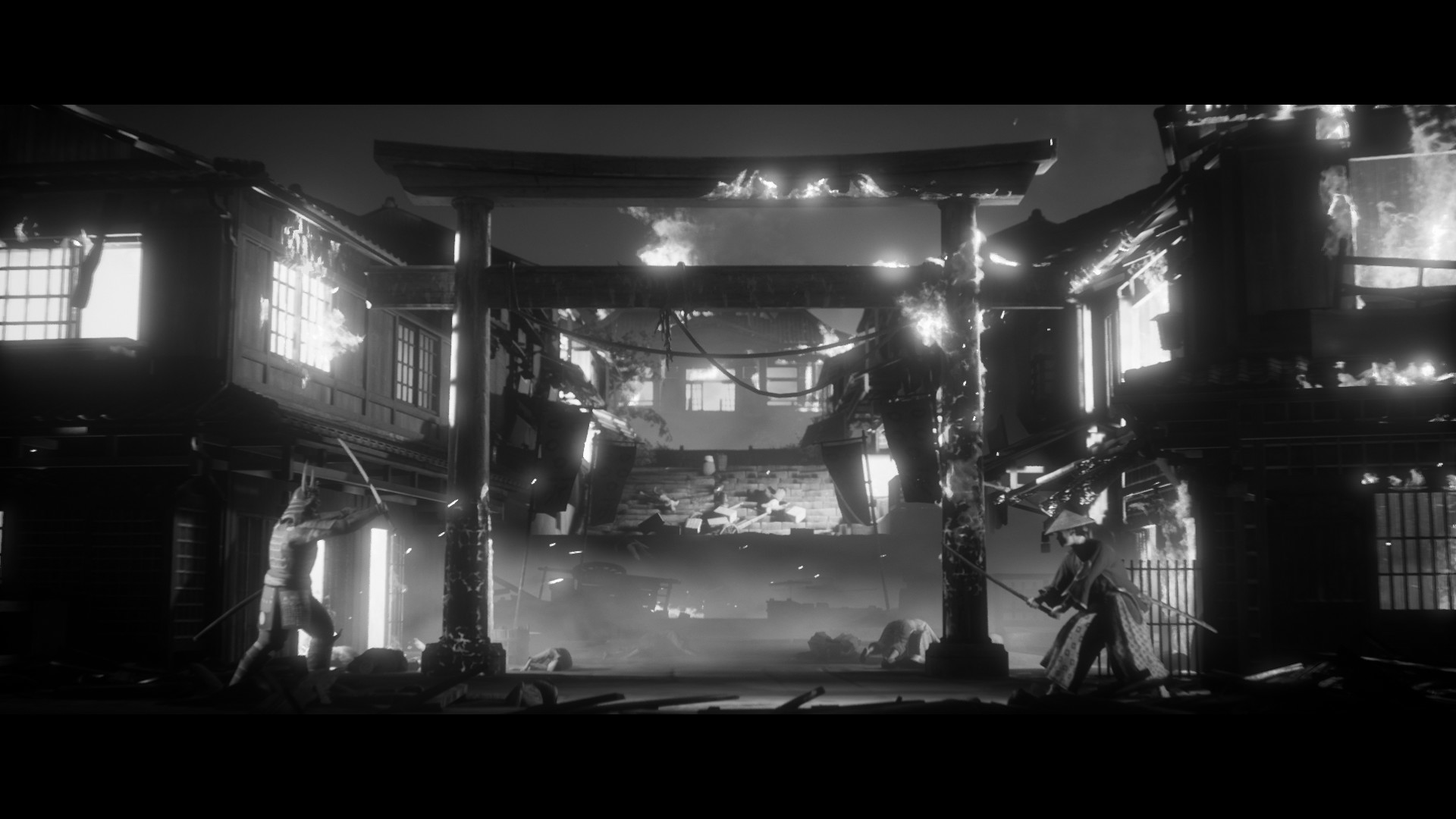 Finally, the music of this game is perfectly apt and serves to enhance your immersion into this medieval era, Japanese setting. You will hear the music pick up and change at critical moments, making for a nice touch to the otherwise lonely journey of Hiroki.

Trek to Yomi is a game which offers something different to the players with its monochromatic visual style and a chance for them to experience what’s it like to be a samurai from old Japanese black and white films. The game has obvious shortcomings in its combat and there is a visible lack of focus on the story, which tarnishes what could otherwise have been an excellent experience, but, unfortunately, fell short of greatness.