Elden Ring is an open-world ARPG developed by FromSoftware and published by Bandai Namco Entertainment. The game is directed by Hidetaka Miyazaki and is being produced in collaboration with New York Times best-selling author George R. R. Martin.

Launched on 25th Feb 2022, it is the culmination of FromSoftware’s previous endeavors. 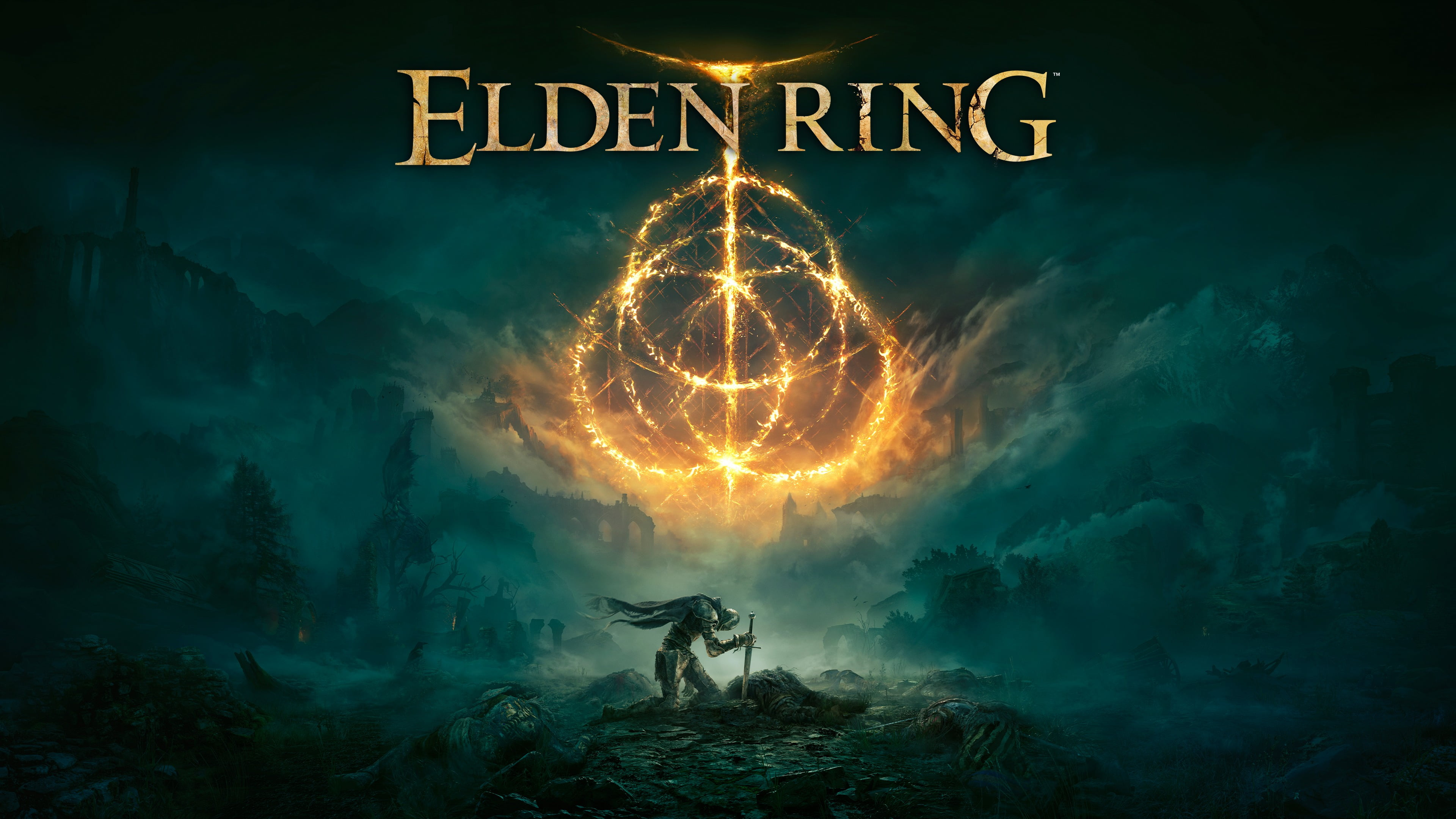 An open-world with a soul

I’ve been playing Elden Ring since its release, with the 92 hours it took me to complete the main story, I can say it was one rollercoaster of an experience. From the realization of the vastness of the world to the countless times I lost to foes and as I finally overcame them, it filled me with all kinds of emotions. It’s full of jaw-dropping sections, an open-world game that flaunts its sheer vastness from time to time, terrifying enemies and things to find and NPC’s to meet. The world rarely feels empty with something always around the corner to find and not to forget, this is a Soulslike at heart. Truly an unforgettable experience with a world that rewards exploration.

Elden Ring is an open-world game taking place in the Lands Between, sometimes after the destruction of the titular Elden Ring and scattering of its shards, the Great Runes. In a world full of Demigods, Omens, beasts, and The Tarnished like you. As Tarnished, players must traverse the realm to find all the Great Runes, restore the Elden Ring, and ultimately become the Elden Lord. The story just like every other FromSoft game is grand and vague at first. The only way to learn more about the world is through exploration, item descriptions, and the various characters you come across in-game. The lack of any in-game journal and FromSoft’s vague storytelling can sometimes be an issue as the hour’s stack on but if you keep up the story it’s both rewarding and filled with details that provide a different perspective to the overall story.

But, what steals the show is the various side stories. Them being both interconnected to the main plot and introducing interesting characters. Formsoft somehow manages to keep the side quests organic and sticks to its tried and tested approach where you’ll meet most characters naturally along your way as you explore the world. They are a reminder to you as a player that you are just another tarnished in this world, a world where you need to find them through exploration, only then they will show up as an icon on your map. These characters have their agendas and goals to achieve with their own stories, stories that are impacted by your actions. Even if you never meet them and just progress through the main plot, they will be affected.

Always on the toes.

As someone who never loses an opportunity to jump on an open-world game, the biggest problem is fatigue. The Legend of Zelda: Breath of the wild was one of open-world games that became a breath of fresh air when it came to this, a world completely free to be explored by you, characters that give you useful items, and gameplay highly rewarding. In Breath of the Wild if you saw someplace you could go there and there will be something interesting to be found, in many ways Elden Ring mirrors that. Many modern open-world games fall prey to this, as the hours go on the world becomes more and more repetitive. Even if the story is a Blackhole pulling you in like Matthew McConaughey in Interstellar many games fail to make their worlds equally interesting. I took my time to complete the game with 92 hours just to later realize through the community pages and friends that’s there even more things to do! More armaments to find, character sub-stories to complete, dungeons to clear, and even areas all of which are completely dependent upon your exploration of the world.

No path is the wrong one.

You make your path to your legacy. You are given an objective and a vague idea of where to go, what you do past that is up to you. You can run straight to the mentioned Great Runes and the bosses holding those runes or you can explore the world, level up, and find characters, enemies, and weapons that suit your playstyle. There is no restriction on what your character becomes, your starting class just like every other Soul’s game only matters in the early stages, past that it’s the Wild West!. The same enemies and bosses that troubled you at a lower level now become easier as you level up, the world is yours to explore and so should you. Your actions shape your destiny couldn’t be more true as the game has multiple endings dependent upon your actions in-game.

Even as someone with plenty of hours in playing Soulslike games, the difficulty of Elden Ring surprised me. The new Ashes of War system essentially combines two elements of prior Souls games – weapon affinities and weapon skills – by making them items that you can freely equip to your armaments. Varying movesets, physical as well as magical, can be used on different weapons giving them a personal taste and feel. If you find an Ash of War that bestows a magic spell onto a weapon making it more viable to a magic build or an Ash of War that bestows shield or parrying skill giving you a more different approach towards combat.
Unlike the previous Soul games, Elden believes in the freedom to just walk away and go for that weapon upgrade or level up if you ever feel like a certain section or boss is too hard for your current level. Elden Ring is hard – which is to be expected from a FromSoft game, yet still, it varies from a challenge to walk in the park to just an unprepared advanced mathematics exam. But even if I hit dead ends and found myself dying, again and again, I could always take a break from that dead end and go to a different area on the map, fight a different boss, do a dungeon, and level up just to come back to that said dead-end and clear it. There was never a problem that wasn’t solved by a better weapon, a little side exploration, and dressing like I’m 5 going for Halloween.

FromSoft taking a step away from their using design has made many friendly additions to the game. There’s an inclusion of fast travel to the site of Graces which act as the resting areas to replenish your items and level up. These sites are quite close to each, one can find these safe spots before bosses post bosses and generally around areas of high enemy population or near an NPC. You are given a speedy spectral horse named Torrent that allows you to quickly cover ground and easily mount and dismount as the situation requires.
For the old Soul’s players and even the new ones, there are some Dark Souls-style underground dungeons in Elden Ring, these dungeons have an easy puzzle and a boss at the end which can vary from ‘meh’ to ‘Holy Shit!’. What makes these dungeons even more enticing is a reward after beating a boss, many time is a Spirit Summon. Wait what’s a spirit summon? They might be the most interesting addition to Elden Ring. These are Spirits you can summon to fight alongside you during boss fights and some areas with a high enemy count. They vary from the beloved jellyfish with their secrets to a mimic that takes your form and has the same weapons and skills as you, Putting a spin on the “The only person I trust is me”. These make many encounters easier and more approachable to new as well as old players. If you are a veteran of the Souls games, you will find yourself at home in Elden Ring but always be reminded to never take it easily whereas new players to the FromSoft game will often find themselves struggling and need to learn the new game mechanics if they need to progress.

You will die, death is not the end but giving up is. Bosses in-game thread the fine line of being fair too often, there are some handicap fights against 2-3 foes at a time where others can be downright annoying even at high character levels, but many have a weakness to exploit, some friendly NPC you can summon to fight alongside but in general, combat requires you to remember attack patterns. They are like Pokémon, they come in different shapes and sizes only if they were cute and friendly, from humanoids to giant dragons you will find yourself besting the strongest of foes.

Elden Ring is an open-world fantasy Action-RPG game. The game is set in a land full of foes, friends, and a deep dark history to uncover. You, a tarnished travel this land to gather the shards of the Elden Ring now shattered. Rise Tarnished, and be guided by grace to brandish the power of the Elden Ring and become an Elden Lord in the Lands Between having the blessing of the ErdTree to discover the truth and under the guidance of grace.
Elden ring is one of the best the genre has to offer even though it has its weakness its strengths outshine them frequently. Its world is vast yet dense, the unguided true open-world approach where you have to discover everything yourself made it stand apart for me. The combat was smooth where I felt easy to get used to a certain weapon and skills but difficult to master when it applied to different scenarios. Where Elden Ring scores the most points for me is its ability to keep you entertained despite my countless deaths but the hands of the game’s many bosses. Is it worth your time and money? Yes, if you like open-world games with exploration as one of its main strengths and aren’t shy to that SoulsLike difficulty.