Developed by StarlightTree Games, this is a Visual Novel adventure, and was released on PC in July of 2021. It was ported to consoles by Gamuzumi in November of 2021.

Welcome to the life of Naoya, who unfortunately has a colourful past, but is trying to change. So he’s cleaning his act up and is searching for a job. But he’s afraid that he’ll have no luck, until he finds The Seaside Café. Lucky for him he’s hired on the spot and his shenanigans start! 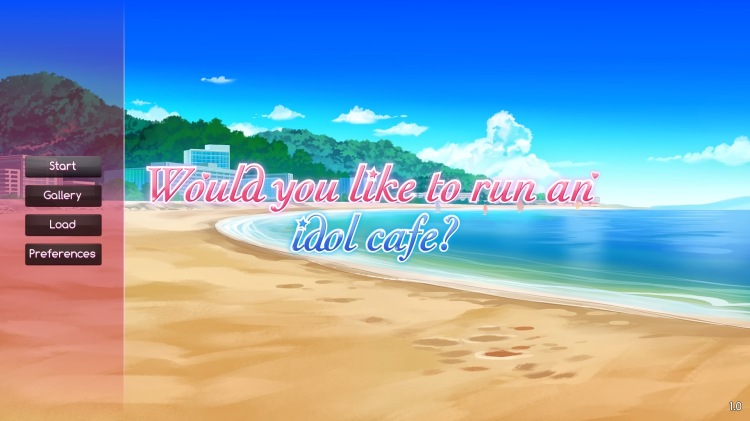 The game is a fun little VN with a few paths that can be chosen. Though the title of the game is a bit misleading. I was waiting for the part where Naoya was put in charge of an idol café. But unfortunately for me, it’s all about his time working in a basic maid café. Trying to get his life straight and befriend his co-workers Mayuki and Kuu. All the while, he’s trying to study for university entrance exams to get into school with his best friend Ichigo, who he lives with, who also happens to be a beautiful lady.

Throughout the game you have a chance to get close to all three of these girls. Which in turn help determine the endings you get. If you only get close to one, you’re locked into a specific ending, no matter what choice you choose at the end. If you get close enough to all three, you can have any ending you want. Including a silly harem ending! But no matter what, there’s always a girl who takes you for their own, which if I’m being honest, is a little lame. What if I wanted an ending where I’m a loner who gets 6 cats, then dies all alone?

The game itself doesn’t have much to it. It can easily be read in an afternoon, seeing all the routes. There’s just no route chart to see what you have and have not done. But I guess with such a small game, you don’t need much. The game did annoy me in a few places with its choices of words. Instead of using a simpler wording like “disapproval”, it uses “askance”. No one knows what that word means! Even I had to look it up. There’s a few spots where the dialogue gets a little risqué, from wondering what ladies look like in a bathing suit, to talking about a character’s thighs. But for the most part, the game is very tame. So if you came in search of a lewd time because of the publisher, I’m sorry to say you may leave a bit disappointed. 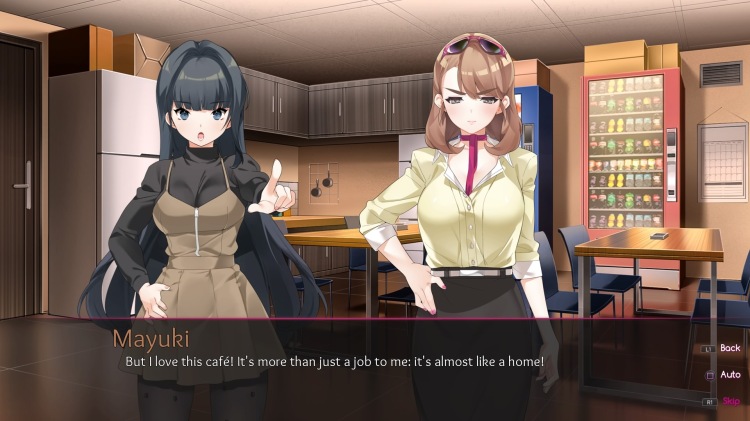 Gamuzumi has managed to pick up another fun series of VNs to add to their roster. From fun characters, to a silly premise, to a few dirty jokes, this game is definitely a VN I’d recommend people read if you need something small and enjoyable. Plus, there’s a sequel out by the time this review is up!

Would you like to run an idol café? Trailer (PS4/PS5, Switch)