The Ancient Gods: Part One is the first story DLC of a pair, to be released for Doom Eternal. It was released on October 20th, 2020 as a paid expansion.

After the death of Khan Maykr and the Icon Of Sin, there is now a power imbalance in the world of the demons and Urdak. The Doom Slayer returns to the scene to resurrect an ancient demon to finally stop the forces of Hell from converging on earth once again. So get ready to rip and tear your way through a sea base, hell, and part of Urdak again! 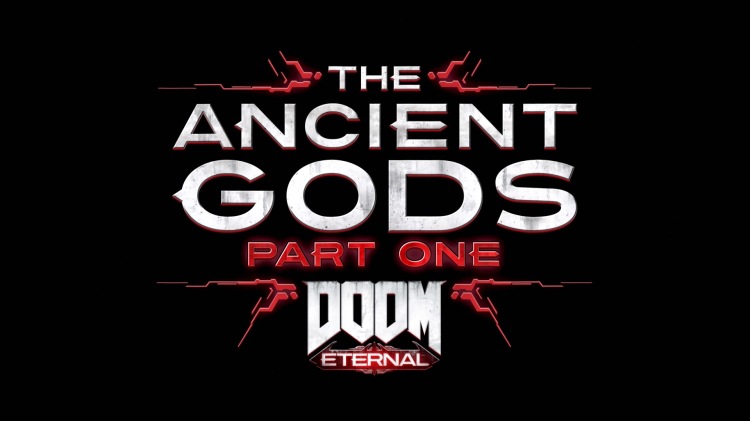 The story this time is set more around The Father, and how he created the land and the realms. Though of course you wouldn’t know this unless you read the lore. You learn about Juddak (Hell) and the creation of Earth. How there was a god that wanted immortality for all of his people, and would stop at nothing to find it. The story itself is a bit barebones for the three levels that the DLC has. But there were a few shocks that really up end the lore and even some characters that exist already. Even if, once again it’s very confusing to keep track of sometimes. 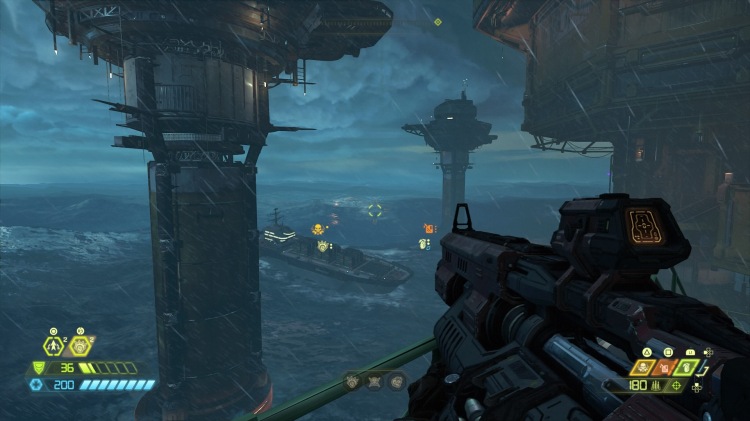 The DLC doesn’t add much in terms of gameplay. Instead it just tosses you in, hoping you remember how to play if it’s been a while, and expecting you to be able to handle everything it tosses at you immediately. There’s no build up, there’s no reminder, there’s no nothing. You start completely powered up with your whole arsenal available to you, so you don’t even get a sense of progression. You do unlock a few more runes, but only one feels truly useful, and you can only equip one of the three at one time.

Unfortunately other than those runes, you get nothing new for yourself. No new weapons, no new upgrades, nothing. But the game doesn’t shy away from throwing new stuff your way. Like enemies! There are a few more enemy types in this DLC. One is a new variant on the pre-existing Maykr enemies, and the other is known as a “Spirit”. These are the biggest pains in the entire DLC. They can take over an enemy, buffing them. It makes them stronger, and faster, and makes them have an overabundance of health. This makes every encounter more annoying than challenging, as if you get stuck in a corner from an enemy that is possessed, it can kill you in an instant. When you manage to kill the enemy, you then have to use your plasma gun to hit it with a Ghostbuster beam, unless you want it possessing another enemy, and killing you again.

The DLC only lasts for three levels, but each of them felt way longer than any base game level. Sure they feel more compact, but the encounters take so much longer. Especially when the game throws everything plus the kitchen sink at you. Have you ever wanted to fight all the worst enemies all at once? Well now you can! The worst part was when you had to fight so many enemies that had to be killed in specific ways, but barely getting the chance to kill even one, made me do nothing but rip my hair out. It’s made me not want to play the last DLC on Normal difficulty. Especially with all the glitches I ran into. From being flung to the other side of the map, to falling for all time, to enemies not dropping my extra lives after I killed them. It was nothing but an experience of frustration and soul crushing battle arenas.

With new added lore, it made me even more interested in everything about the world. But with a lot of glitches, no new weapons, upgrades, or any other sort of skill progression, it all just felt useless and that I just got kicked into a hole with no way out. Plus the new enemy addition was nothing but a pain by the end.