Quantum Break is a third person shooter, developed by Remedy Entertainment. It was published by Microsoft Studios for PC and Xbox One in April of 2016.

When Jack Joyce is invited to a university by his best friend Paul Serene to take a look at his latest project, he finds himself back in the city of Riverport, Massachusetts. Intrigued about helping his childhood friend, he heads to his side as fast as possible, but before you know it, he’s caught in a struggle that he doesn’t quite understand.

The story in this game is a bit all over the place, because of time travel! The basis of the story is that time gets broken, and it’s up to Jack to figure out how to fix it. Paul, Jack’s best friend, has been to the future and has seen “the end of time”, so he’s trying to stop time from hitting that point. So Jack is trying to get revenge for the killing of his brother, William, while also trying to fix time, and you have a bunch of side characters who help him along the way. But after each chapter of the game, you also get live action TV episodes, which tell the story of some more characters who work for the big organization, Monarch Solutions, which Paul owns. So you have at least two constant storylines going on at once, but the perfect thing is that it all works perfectly together. Even if there were some instances that I had no idea what was going on. Even when I pay attention to time travel stuff, eventually I just get lost at some point or another. 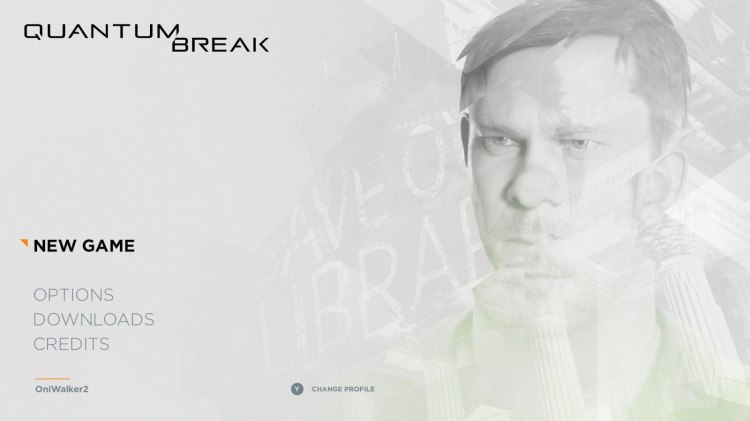 What was really interesting was that some actions in the game changed the outcome of the episode, or caused added scenes. Like in one chapter, I talked to a character, and they said they put a post online about seeing me in a truck. In the live action TV episode, there was an added scene about armed forces investigating a truck. But the big choices appear just before the episode happens. I will be honest, I didn’t watch them all, but I will eventually just to see how different they truly are.

Though there is sort of a third storyline that runs alongside all these events as well. But you only really know about this if you read the collectibles you find. This is a task in and of itself. There are many collectibles in each level, ranging from letters, to emails, to audio tapes. But they’re so bulky. So you’ll be reading an email exchange from two people for upwards of 5 to 10 minutes. But it expands the world so much. Like learning that some people inside Monarch Solutions want to bring it down for their own needs. Or my favourite, is learning about an employee, who wants to make a movie called “Time Knife”! The main character has a knife that can send people into the past. It was amazing, but again, it was such a bloated read for a simple collectible.

The basis of the gameplay is simple enough. It’s just a basic third person shooter, where cover is important. But there’s another mechanic, and that’s Jack’s time powers. Or what I saw as super powers. You get to stop enemies in their tracks, or blow them up, or make a shield around you, or dash super quick. It was all fun and exciting, especially to actually use all of them in combat, and not default to just one. Plus you can find upgrade points which help you make them all better! Too bad the gunplay wasn’t that exhilarating though. Especially with the lack of gun variety.

Now when you’re not in combat, you are walking down very linear hallways, with a puzzle here or there and light platforming. Sometimes you may need to rewind time on an object, to be able to make it safely across a gap. But you have to be quick before it falls away again. Or you have to stop time on a door, so it doesn’t crush you to bits. It was all fun and exciting.

There are some amazing set pieces in the game as well. Like working your way through a warehouse with falling boxes that change cuz of time, or running across a bridge as it’s getting destroyed, as time starts and stops over and over again. I was always on the edge of my seat for these instances and it was a wild and fun ride!

Even though the story can be a bit confusing sometimes, and the gunplay started to feel a little stale, this game is a ride. The time related superpowers Jack unlocks through his journey, and the excellent blend of TV and Gameplay storytelling, make me excited to play the rest of Remedy Entertainments catalogue of games. I do recommend this game, just be prepared to have to pay real close attention. Also be ready to possibly be lost with what’s happening.