Insomnis is a horror puzzle game that was developed and published by Path Games. It was released on PlayStation and PC in October of 2021.

*Disclaimer: A code was provided by the developer for the purpose of this review. This does not impact the review, as my thoughts are mine and mine alone.

Have you ever dreamt of owning a big house? Well luckily for Joe, this dream has come true, with the caveat that his grandfather has unfortunately passed away. But does Joe care? Well not really. Unfortunately for him though, the house is not at all what it seems. With horrors looking around every corner, he sees some truly horrible things.

Or so I thought he would anyway. The game tells the story of Joe and his relationship with his grandfather, and what sort of events transpired in the house. Under the condition that you actually read everything. Without that, you have no idea what is happening or why. You would think that Joe loves his grandfather, especially considering he left a house to him. But if you read everything, you’d see that’s very much not the case, and he has a deep hatred for his Grandfather. If you don’t read anything, there’s nothing here. The events make no sense, the endings make no sense, and even then, the story is told through collectibles. So if you don’t pick them up, again you miss out.

Even then the endings didn’t really affect anything. Sure the twist of the game was sort of interesting, in a way of “oh that’s interesting”, but not in the way of “WOAH!”. If you were to know what you were doing, you could probably get through the game in 30 minutes tops even. Which doesn’t make sense because you’re meant to be in a MANSION. But it just doesn’t feel large enough.

The game relies on a creepy aesthetic and a horror theme. But honestly the game just felt like I was walking through a haunted house at a carnival. There was no danger anywhere, so even when I saw some weird stuff, I didn’t care because I knew I wouldn’t die. Heck sometimes you actually get face to face with the danger and get to stare at their weird eyes. Even Joe doesn’t sound scared sometimes. The first time you see one of the children, he says “Fuck!”, but the way he says it, is as if he dropped something on the ground and was then sad and defeated. The game even has a manual save function as opposed to an autosave function. Which doesn’t necessarily make sense in this case.

When you’re not walking around this “mansion” trying to find collectibles to piece the story together, you’re doing puzzles. Lots and lots of puzzles. But they were the highlight of this game honestly, and they were excellently crafted. In the first act, you learn a small amount about 4 children that haunt the house. Anna, Oswin, Charlie, and Beth. You go through each of their very brief stories, and have a puzzle all tied to them.

The way you start their stories is by going to a playroom, and actually spelling out their names on foam mats that have the alphabet. This was fun to do. Especially the puzzles you get once you beat a chapter. Like to start Oswins chapter, I had to spell out words on a sheet of paper, and use specific letters from each one to get his name. Or the final chapter, you have to look for specific clues from each of the children’s stories, to be able to input times on clocks. These always got me thinking, and it was a joy. The only puzzle that made no sense to me involved a piano, because I was overthinking it, and I don’t understand piano keys. Maybe there was something that could’ve helped me, but I didn’t find it. But luckily for me, the answer is always the same button sequence, so I looked up a walkthrough and got to keep going forward. 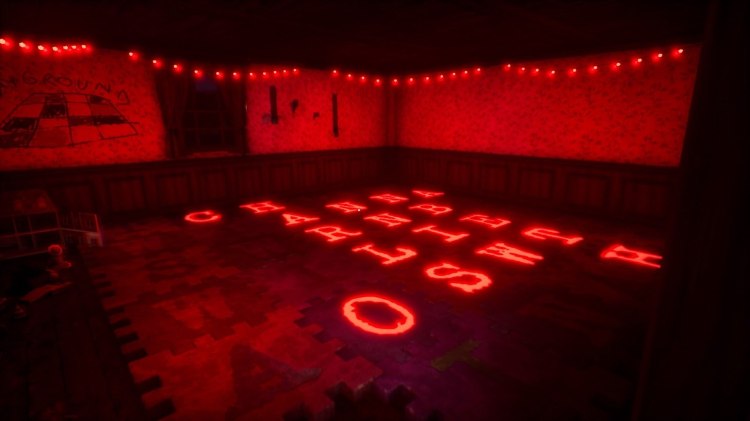 Insomnis is nothing but a bland journey through what is essentially a haunted house with no danger and no story. Sure if you read everything there’d be something there, but if not, you’re left with nothing but questions. The puzzles were at least fantastic and well crafted, but I don’t think it’s enough to save it. On the plus side, the platinum trophy is short!