Moonglow Bay is a voxel style fishing game. It was developed by indie studio Bunnyhug, and was published by Coatsink. It was released to Xbox and PC in November of 2021.

Moonglow Bay, a charming little port town, that’s brimming with charm and life. You left your old life to relocate here with your partner, because it was quiet, and serene and just all around perfect. They had big dreams for the place…until of course disaster struck…and they sadly passed away… 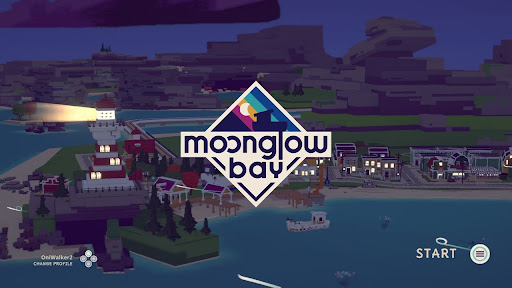 It’s been three years since that dreadful night, and you get a visit from your daughter, and your adventure begins! When you start up the game, you get to choose a few character designs for your character and partner. For me, this is the story of Jennifer, and her wife Robin. The story of the game ended up being just as basic as I expected. You work on rebuilding this town that has fallen into despair and ruin, because it was your partner’s life dream to see it flourish. No one cares about it. Everyone knows the town is dying. But when you start putting in the work, they start as well. 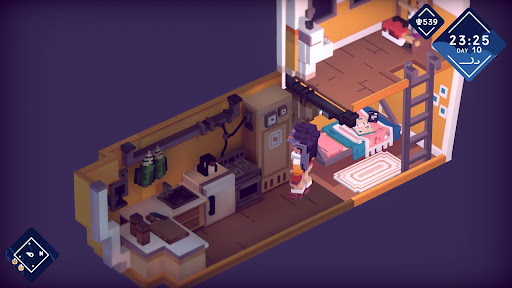 Though just because the story was basic, it doesn’t mean it isn’t emotional. You learn about the town, you learn about its residents and you do learn a bit more about your partner as well. The only thing you don’t learn is how they truly died. But I was expecting the game to do the stereotypical “she’s alive!”, at the end. But the end was bittersweet and I may have got a bit choked up. I did get really invested in the town though! Whether it was actually needed for the story, I took the time to bring the town back to its former glory. I wanted it to be the paradise that my wife envisioned. I enjoyed seeing everything go from being boarded up to being beautiful again. 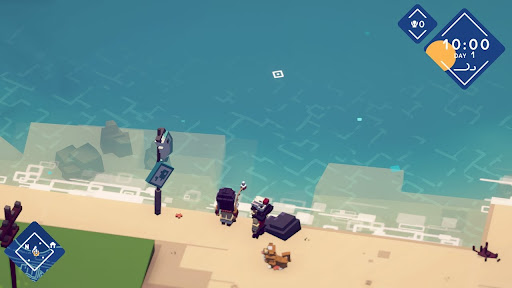 The characters in the game are also just as amazing. The town is filled with people, but there are a few NPCs that actually have life to them. They ask you to cook for them, seeing that you love cooking for others, but not yourself. So if you bring them the dish they ask for everyday, you learn about them. Whether it was the old lady who turned out to be like Indiana Jones, or the teenager (I think he’s a teenager) who works at his parents’ shop because he just doesn’t know what to do with his life. I spent the time learning about them all, because I fell in love with them and the town. I wanted more stories by the time I heard them all. 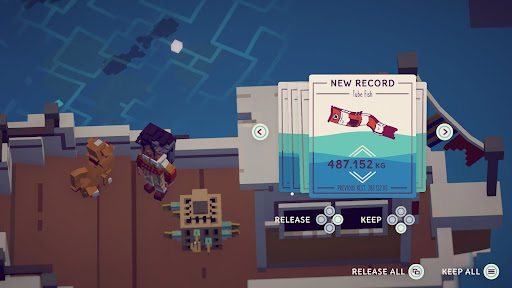 The game itself kind of overstayed itself welcome if I’m being honest. I was expecting a fun little chill adventure that would only last about a dozen hours. But by the time I wrapped up the story, I was at 35 hours. The core gameplay is as simple as catching fish. You catch them through a couple of different means. Whether it’s by casting a crab cage into the sea, using a net to catch schools of fish, or you just fish. Eventually you can fly fish and catch about 5 at a time. This made it amazing to capture many species all at once, especially when I needed to catch 90 different ones for part of the story. So what I thought would be a terrible time, actually turned out to be relatively quick! 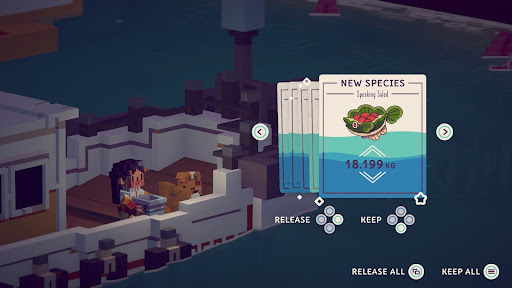 There are different kinds of lures and bait that you can use, that determine the kinds of fish you can catch. Though I tried a huge variety of these, and it never seemed to truly change the fish I could. Even when I used the fishing net to catch “smaller fish”, I seemed to catch the exact kinds I would with a rod. So I would just stick with one kind of lure, and never experiment unless a quest said to do so specifically. 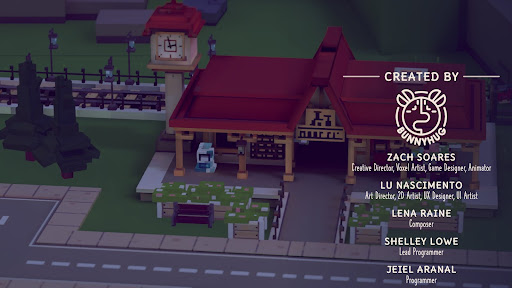 With the fish you catch, you can either sell them normally, or you can cook them up into nice dishes that you get to sell! There’s even minigames to go along with cooking. Unfortunately these started off fun, but eventually became absolutely tedious to do. Especially when I hate to fillet things, or fry dishes. The game would stutter a bit during these times, and would cause me to fail the minigame a lot. So one failure would make my dish go from 3 stars, to 2, so it would sell for less. As you cook dishes, you eventually “master” them. These come with 3 levels of mastery though, and with each mastery, you unlock different recipes. Now you could take the time to master them all, but that would be an incredible hassle. As some later dishes require later, specific kinds of fish, and if you can’t do the minigames perfectly, you can’t master said dish. Eventually if you master a dish, you can “auto cook” it. But I never really got to do this with anything, except for cooking bait.

I really enjoyed the game. It was a chill little adventure with amazing characters and a town that I got extremely invested in. I do however wish the game didn’t run for so long, and the minigame was a bit better, considering it was such an integral part of the game. I recommend this game to any fans of fishing though!