Doki Doki Literature Club is a visual novel that was developed by indie studio Team Salvato. It was first on PC in 2017, before it came to consoles in 2021 with added content.

What kind of club would you join in highschool if given the chance? Chess club? AV club? Maybe the anime club? Well not this time. This time, we’re joining the literature club! So it’s time to pick your name and get out there! The game plays out in four acts. But the very beginning of the game plays out as a typical romance visual novel. Pick a character you like and try to sweep her off your feet. The first act is very silly and fun, as you start learning about the characters of the club. Sayori, your best friend. Monika, the president of the club. Yuri, the fantasy loving girl. Then Natsuki, the manga reading nerd. Obviously because I love anime so much, she was easily my favourite. I really enjoyed getting to know all these girls and writing poems and reading theirs, and helping them set up for the big school festival! Until something happens! 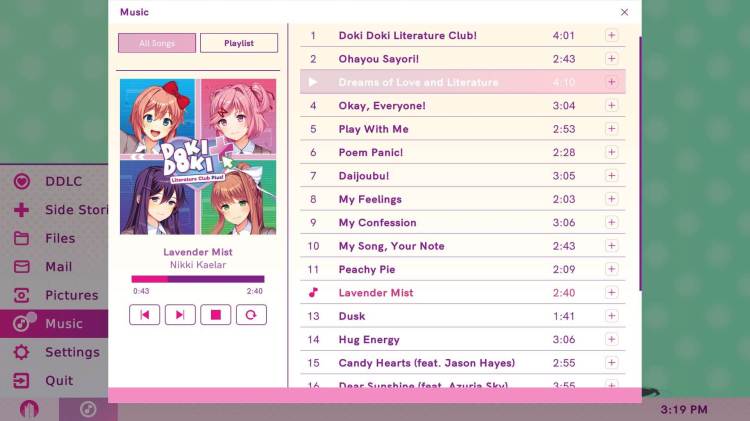 The second half of the game turns very…. psychological horror. From the world glitching out around you, for reasons, and the character dialogue getting dark and twisted, that not even the characters know what they’re saying. This was done nicely because I never knew when anything strange was happening, so I was always left on my toes. Though there was just one scene that did really freak me out, I kind of wish the game went harder with its horror elements, cuz it did so well. I had heard so many grand things, for it to not affect me as much as I thought it would. But maybe because I love the horror genre, I’m just attuned to this stuff. Or my mind works in dark ways and always expects more from games and such. But for others, it can be oddly disturbing. But it is unfortunate that a scene was mildly censored for these console releases. 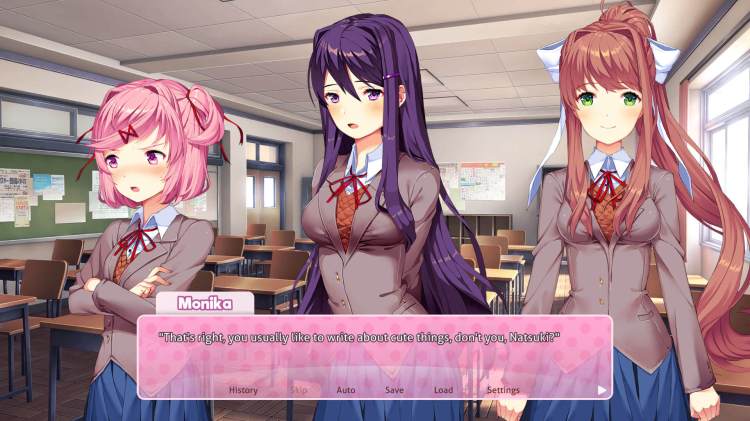 With this being a VN though, you have to expect many different endings. Unfortunately there are only three. A normal one anyone would get, then a true ending, and sort of a joke ending. Though I had to use a guide to unlock the true ending, the unlock requirements were a little odd. Normally in visual novels, you have to make very specific choices to get the true ending. In this, you have to unlock certain image gallery pictures, to be able to get it. Even then, I felt like the ending wasn’t exactly the best way to end the game. As it just felt open ended and strange. But apparently it’s because of the way the system version is set up. As you have a virtual computer, and you just go into specific screens to be able to progress the game sometimes. Whereas on PC, you actually have to go INTO the files of the games and actually configure them. So it just didn’t feel as powerful or strange. I guess it’s just something lost in translation, which lessened some of the psychological elements. 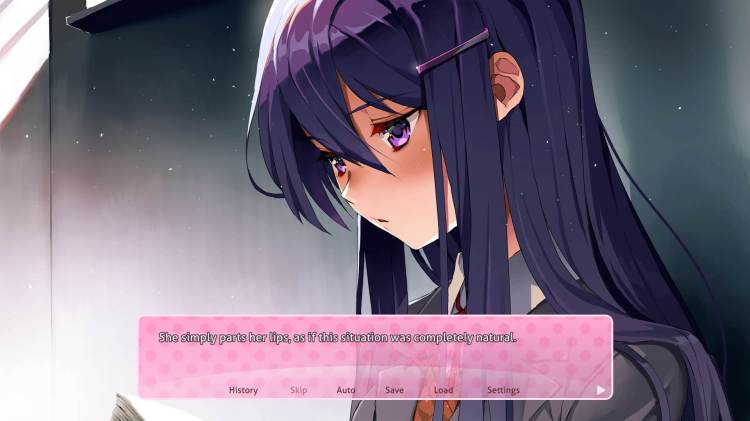 Now after the main game is done, you unlock side stories! Though these aren’t considered canon, I like to think that they are. They’re not just simple little things either. They’re long adventures. All of these focus on the formation of the club, and how everyone found it and became friends. They also do us on specific topics too, that aren’t just shoe horned into it and feel out of place. It looks at things like self love, or depression, or anxiety, and talking about how everyone is different when it comes to friendship views. All these stories bring so much depth to the characters, that they actually feel like real characters. Or conversations people would actually have. 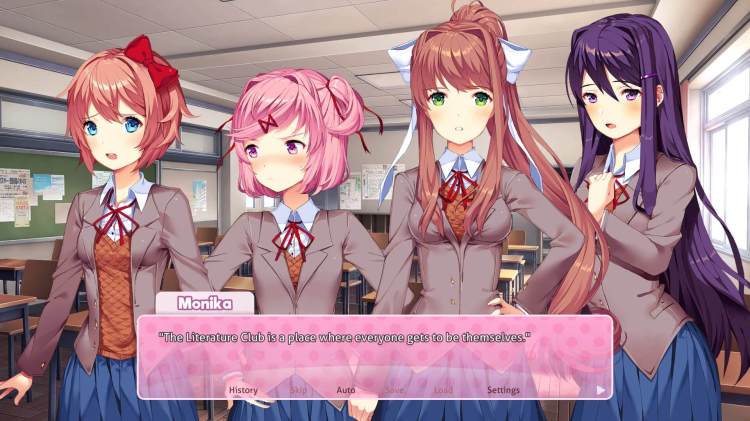 Honestly I truly loved these more than the main game. They didn’t have any horror elements or messed up moments. It was just about self growth, and how sometimes it’s hard to find friends, or change habits. The one terrible thing though is that there’s no way to save the game during these. Which sucks because some of them are 20-30 minutes long. I’m not saying it’s bad that they’re long, because I loved all the added length. I just wish I could’ve saved in the middle of them, when my friends wanted to play games. Regardless these stories stand in a whole other league of their own when compared to the main game.

Doki Doki Literature Club is a must read for any fans of Visual Novels. The horror themes are so well done, even if they don’t hit as hard as they do on PC. But with amazing side stories and a fantastic cast of characters, this is a game I recommend, that I won’t stop thinking about for a good time to come. Here’s hoping for a sequel one day!