Knights and Bikes is an action adventure game developed by indie studio Foam Sword Games, and published by Double Fine. It was released on Consoles and PC in August 2019.

There is an island where they say that a secret treasure is hidden, that would make you rich beyond your wildest dreams. Unfortunately this island is a failed tourist attraction, and no one visits anymore. What will happen to it if no one can save it? This island is known as Penfurzy Island, where Demelza resides with her father. Her mother unfortunately isn’t around anymore. Though the game hints that she may have passed away from suicide…as dark as that is. Demelza wants nothing more than to save the island, where her parents have lived for a long time, to build the park. She doesn’t want it to be sold. Along comes Nessa to the island, as she heard about this treasure and she happens to stumble upon Demelza. The two girls decide to team up and find the treasure!

How and where do they start though? Well there’s an old legend about Knights who protected the treasure, and their “valiant steeds”. Except the girls don’t have horses. But instead, bikes! The game delves very deep into how children’s imagination works. Or at least seems to work. So the game feels very cartoony. The story unfortunately was a bit slow. There were no real parts where things started going crazy and had me on the edge of my seat, but it was enjoyable enough. 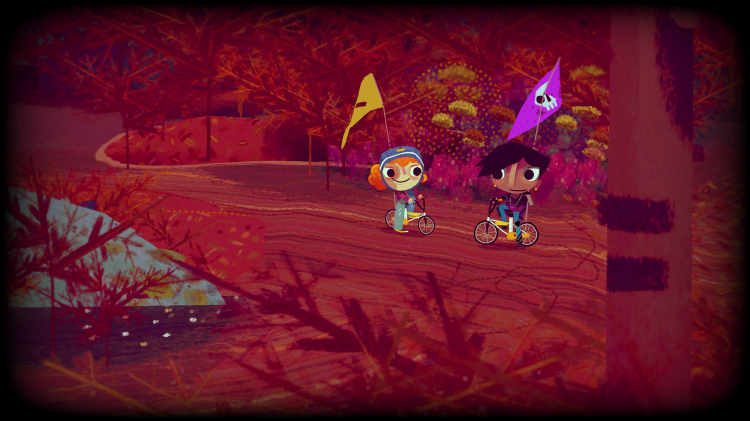 Throughout the story, you battle “the curse” of the island. Which makes things come to life, or infects people and brings out their anger or jealousy. Though a lot of the time, it was hard to tell if this was an actual thing, or if it was just the characters imagination. By the end of the story I still wasn’t 100% sure if everything actually unfolded the way I saw it and experienced it. So this kind of left me a bit annoyed. As silly as that sounds.

The game can be played in co-op the entire time, and I feel like this is the best way to play it. When I was playing Solo, the AI never truly gave me the option to figure out puzzles. It just knew what to do. You can switch between each character at the touch of a button though. Sure the AI knows every puzzle solution just like that, but when it comes to the combat aspect of the game, it is absolutely stupid. 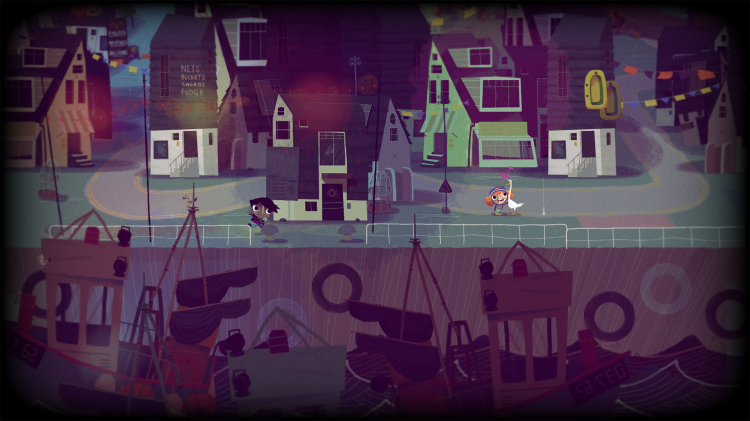 The game plays like a beat ’em up in a sense. Though combat isn’t a huge part of the game, it’s still present enough. Eventually you meet enemies where you have to defeat them in certain ways. The AI would do one of two things. Either walk into the enemy and take a ton of damage, or not attack the enemy at all when there was an opening. So this really annoyed me.

A lot of the game is spent wandering around the island, therefore you have your bikes. Throughout the environment, and when you beat enemies, you collect items that are used to buy cosmetics for said bikes. But there’s no true way of knowing how much currency you have, or what is used to buy what. So as I was buying cosmetics, eventually I was told I don’t have enough stuff. Though I never really customized my bikes after the first time, so I guess I wasn’t too upset. 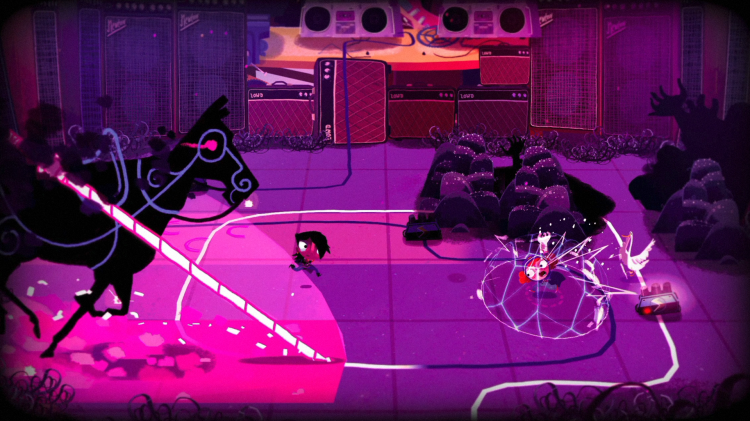 In the game you do end up coming across quite a few minigames as well. Whether it’s racing or collecting the most things. But when you’re against an AI, it just feels hollow when I won. Whereas if I was playing with someone, I know we would’ve been having a ball as we try to pull ahead in the races, or steal each other’s collected items. The game just didn’t work the same in solo play, as I’ve hinted at a lot.

Knights And Bikes is definitely a game meant for two players. I can see all the fun that could be had. Playing solo, it was an enjoyable enough adventure. Yes it was fun beating the AI in every minigame, but at the same time, it would’ve been more fun with an actual person. I would recommend this solo, with tempered expectations, but with a friend? Absolutely play it.

One thought on “Knights and Bikes Review”