Pixel Devil is a platformer that was developed by indie studio Level Evil, and was released in 2019. It was published by Black Sun Games and Victory Road.

One day the titular Pixel Devil and his girlfriend Valya, decide to move into a new apartment. Upon moving things around, a game cartridge is found behind a cupboard. Even though I think the game meant a cabinet or shelf. So Pixel Devil decides to put the cartridge in his game system. Which oddly looks like a Famicom. A portal then opens up and his girlfriend gets taken by someone on the inside. So being a hero, you jump in behind her and the adventure begins! 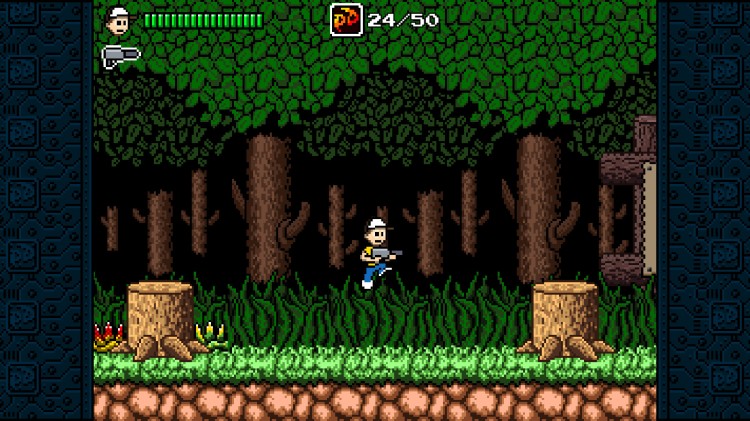 That’s basically all the story you get. When you reach the boss at the end of each level though, there’s a bit of dialogue between Pixel Dude and the boss, but it boils down to the same thing every time. He asks where his girlfriend is, the boss says they won’t pass, then they fight. It’s not until you beat the final boss that there’s any real story added onto it all. Sure it ends a bit silly, but I wish there was more added to it. 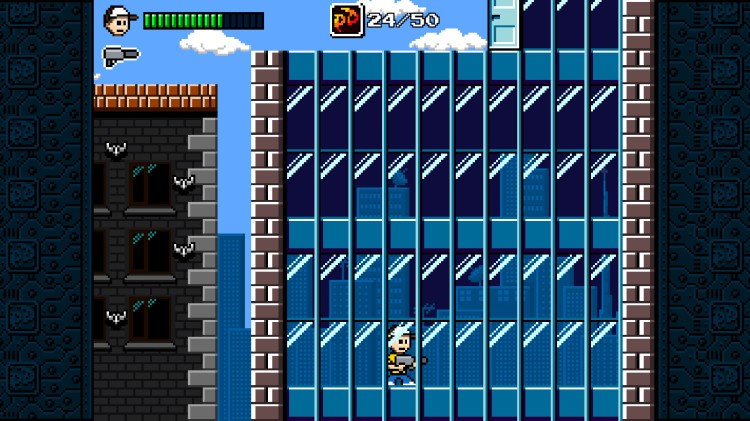 The game plays like Megaman. It’s a side scroller shooter, with “tough” platforming and bosses. The levels end up being a bit short though, and there’s only 4 of them. The game gives you a level selection screen, letting you have the idea that you can tackle them in any order, but that’s not the case. There is a specific order to the levels, because some levels REQUIRE a powerup from a different boss to be able to pass obstacles. So I don’t know why they didn’t make it linear, instead of giving a fake sense of personal choice. But the Powerups are fun. My favourite was the tank, because…well it’s a tank. Plus it dealt great damage to bosses! 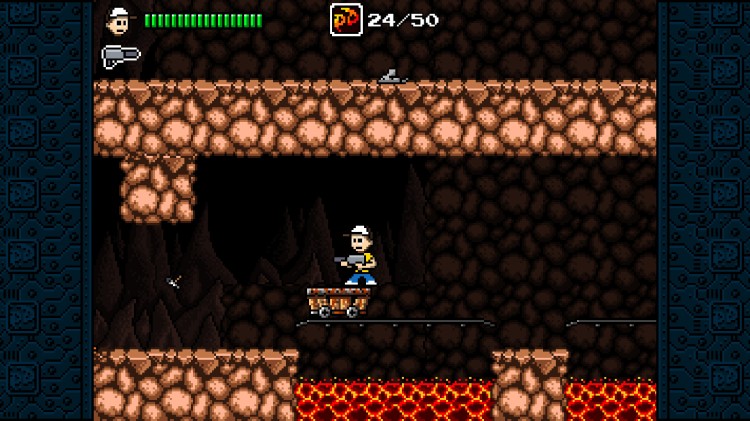 The level consists of typical platforming mayhem. Enemies everywhere, checkpoints scattered throughout and collectibles you can get. The game doesn’t tell you what the collectibles do though. You collect 50 and then the counter resets to zero. It wasn’t until the third time of collecting 50 that I noticed it gives you one extra slot on your health bar. This would’ve been nice to know. Yes I collected them all as I saw them, but if I hadn’t, I would’ve been weaker than I needed to be for the last boss. 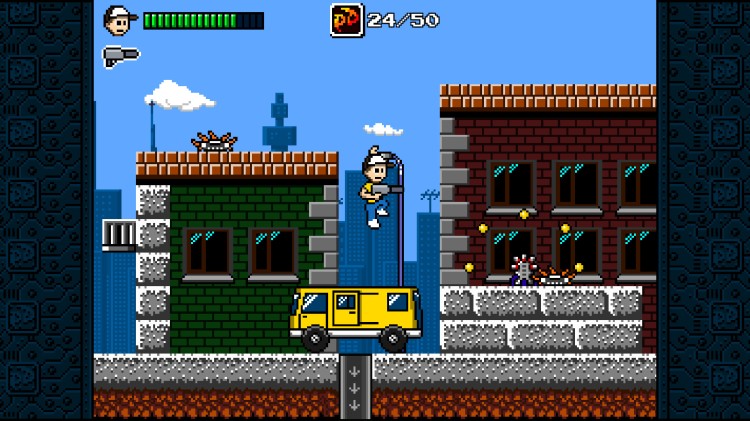 The last boss is held to the typical Megaman formula, which is kind of sad to see that this game couldn’t come up with its own idea of how to tackle the boss. So after you beat the 4 levels of the game, a fifth level opens up. Surprise! It’s a gauntlet of all the bosses you just fought. This really irked me. Yes I know the game was trying to be a Megaman clone, but I also didn’t want it to copy every single formula down to the T. 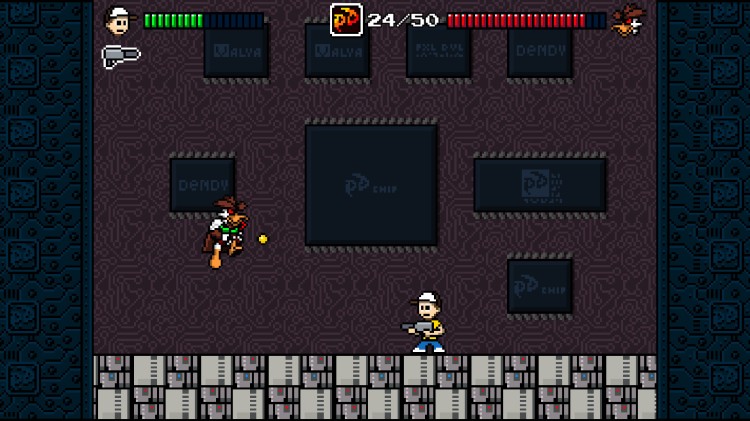 This was a very lackluster platformer, with no real story. Unfortunately it followed the Megaman formula too closely so it’s hard to call it its own game. The false sense of decision was really annoying when choosing the levels. On the upside it has an easy platinum trophy for anyone who cares! So needless to say I can’t recommend this game to anyone who wants a platformer of any kind. Even if it had a short run time.