Gears Tactics takes on the vein of Xcom tactical play, in the world of Gears. Developed by Splash Damage, with the help of The Coalition, and published by Xbox Game Studios. It released on Xbox and PC on April 28, 2020

Gears Tactics takes place before the events of the first game in the series, but also after the events of Gears Judgement and Emergence Day. You play as Gabe Diaz. A grease monkey in the motor pool, who fixes machines and vehicles now. Though apparently you used to be a high ranking tactical officer in the COG. But something happened. What was it exactly? No idea! It’s talked about once or twice about how he lost men at “The Battle Of Gatka Ridge”, but it’s never truly delved deep on. Unless of course it’s talked about in Gears 4 or 5. But playing them in order of the timeline, I’m left in the dark! 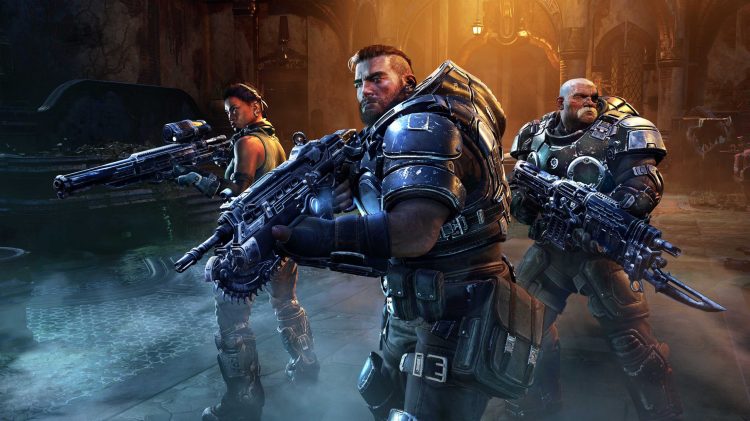 The story revolves around…well surviving the fight against the Locusts. The Hammer Of Dawn strikes a town you’re in, when you’re pulled out of the garage to do a task, and then against your own opinion, you’re tossed into the frontlines again. Against a big strong Locust, known as Ukkon (Ew-con if you wanna pronounce it right). There is a lot to wonder about this enemy. Why is he so intelligent? Why do the others treat him as a leader? How in the absolute hell can he stand back up after getting a bullet put through his skull!?

Well surprisingly enough, the game is very well written. Between the dialog and emotions of the characters, it’s not just a bunch of meatheads with guns shooting other meatheads with guns. The game kept me intrigued enough to keep going, and even figuring out a great big secret about the Locust themselves. The only issue…is the in between. But I’ll get to that in a minute. 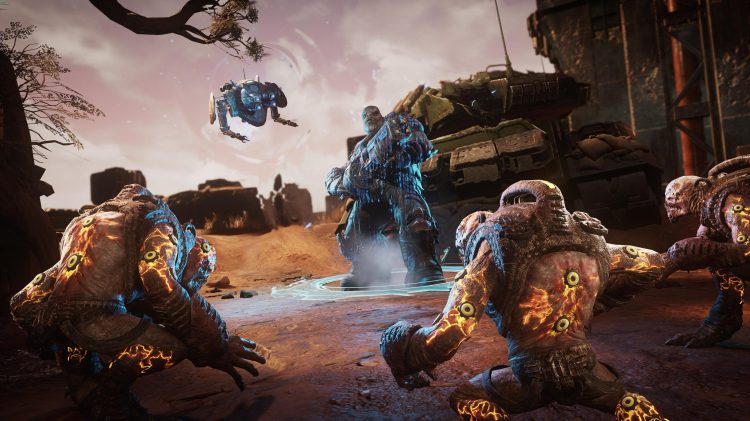 The game itself plays like Xcom. If you’ve never played that before, let me break it down for you. You move your characters around the map, choosing where they go, with however many action points they have. You can also use skills or shoot at enemies. When you shoot at enemies, RNG becomes involved. Depending on your distance, and the character’s weapon type, determines your hit %. Then you take the shot and hope for the best! Though I felt like this was a lot more forgiving than Xcom. Though it also came with the same pains. Like why does my guy with an LMG, have a 62% chance of hitting something that’s 3 feet from him? But 90% when they’re 10 feet? Okay maybe I’m exaggerating the distances just a touch, but still!

So you go into a mission, you choose up to 4 characters if the level allows it, and you can mix and match your team. Luckily there’s 5 classes to choose from. Support, Vanguard, Sniper, Heavy, and Scout. Support and Vanguard felt the same to me honestly, considering they use the same gun. Then the one I used the least amount was the Scout class. Unless I was forced too. It just felt tough getting a class with a shotgun to the frontline, to take care of something, without the risk of them dying. Then there’s only 4 mission types. You have the “kill everything you see” missions. Rescues, where you save people from Iron Maidens, and then run away. Sector Control, which you just put your people in a ring, and hunker down. Then my least favourite! Supply Run! There’s 5 crates on the ground in the level, and you need at least 3. All while enemies are just coming at you in waves, and the best part, a wall of death, extends into the battlefield every turn! So you have to move your units as far as possible, while also trying to kill things. It was such a pain! 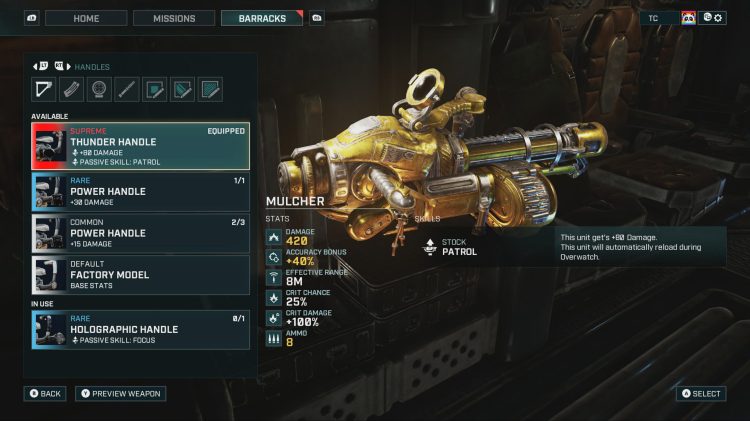 Then when it comes to progression, this is what really irked me. So earlier I talked about the in-between being awful. Now and again, I’d say after 3, maybe 4 story missions, you’re tasked with doing side missions. So you’re given a list of 2, and have to do one. Then later you’re given a list of 3, and have to do 2. Then near the end, you’re given a list of 4 missions, and you have to do 3! You don’t have a choice! Sure at first this was great, because my team was getting EXP, and I was getting armour, and mods for my weapons. But eventually it felt like mindless busy work to pad out the game, so I got more and more aggravated when I was slapped with a list of “to-do” work. It didn’t help that I didn’t understand at all how the EXP system worked, and the amount given was miniscule at best.

Though there was a system I did like the thought of. If you have a list of missions to do, you have to think a bit strategically as to who to send on the missions. So if I had to do 3 missions to advance the story, if I used my best crew on the first mission, all of them would be unusable after, as they were travelling back to the base. So I ended up setting up a well balanced crew of 3 different teams just for such occasions! Though my main team was always there for me in the main missions. Especially the boss fights, and there are some HUGE boss fights. But even these stretch out. Not only do you have to deal with the Godzilla sized monster that wants to eat you for dinner, then leave you on the street corner in its pile of shit, you also have to deal with non stop enemy spawns! So each boss fight took a good hour to do! Where if it was specific strategic puzzles, the time could’ve been cut considerably. 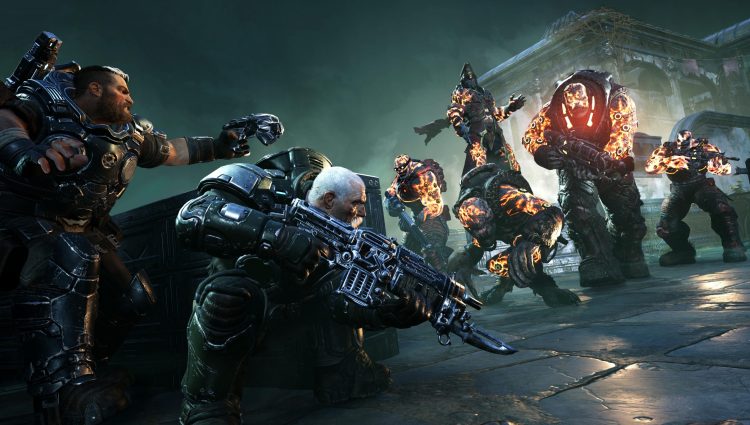 Then because everyone always cares about graphics, I will say, they looked pretty good. Though considering this only came out last year, I would hope so. You get to customize your characters with their armour pieces, helmets, facial hair and so on and so forth. But all the armour looked the same, but the colours you could give them were pretty! But I did experience quite a few muddied textures throughout my journey. Plus if I ever loaded up the game after my Xbox shut off (quick resume basically), the game locked up, and I’d have to restart it for it to work. So if you count that as a crash or not is up to you.

This game really caught me off guard. I didn’t expect to like it, but damn was it fun! It added some lore that I wasn’t expecting, and the mystery of Ukkon was fun to unravel. But there was so much pointless padding to the game, it really detracted from it. Plus the Supply Run missions were a pain in the ass when I had to do them.

Then I also wish the bosses were more strategic puzzles as opposed to onslaughts. But I will say the game was worth it, but maybe don’t blow through it, or you’ll burn out fast.