Beauty Bounce is the sequel to the sexy Visual Novel that was Beach Bounce! Developed by Dharker Studios and released on PC on February 22, 2017. Gamuzumi then ported it to Switch on July 8, 2021.

*Disclaimer: This review contains spoilers for the first game, Beach Bounce. Be warned as you read, as there may be spoilers ahead.

Beauty Bounce puts you in the feet of Tomoya, or “Tomo” as he likes it, and you’re in charge of the resort Beach Bounce! This time your job is in full swing. But with the off season coming around, you need a way for customers to still come to the resort. So you do a Beauty Pageant! Along with the struggles of putting on an event like that though, you also have to deal with the bank wanting to audit the resort. So the adventures begin again for Tomo! 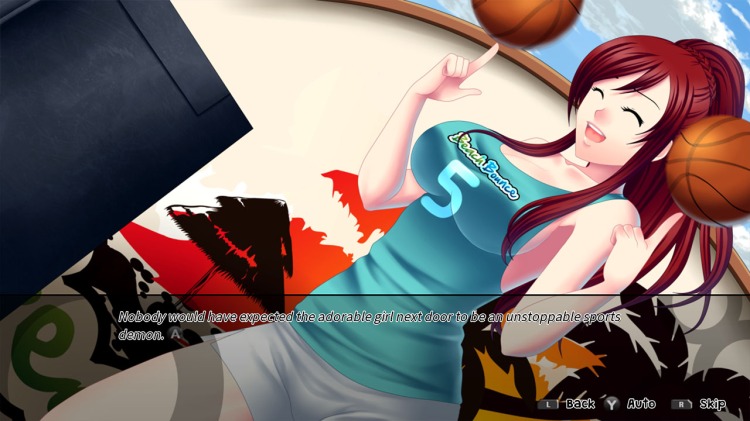 Now the one annoying thing about this game that I found, is that at the start of the game, Tomo talks about how he is a single man! But yet at the end of Beach Bounce, SPOILERS, you end up bedding one of the many girls, and getting into a serious relationship with them, to the point where you have a child! So to have the sequel start off where you are single and childless was an odd decision. Especially considering this is considered a sequel. Unless it’s just in a different timeline! 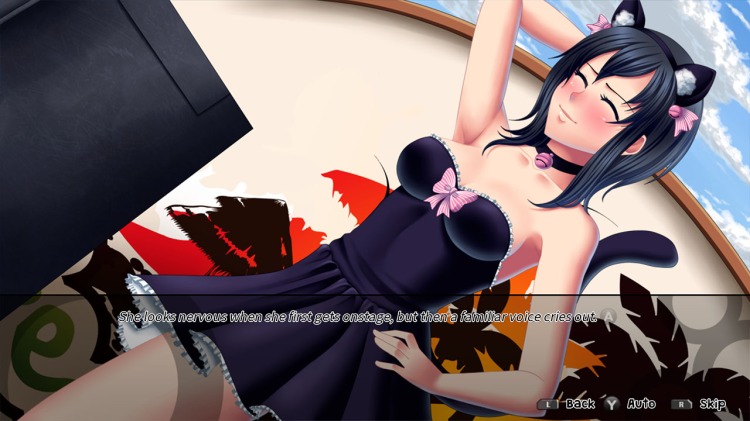 I will say though that the story in this one is a little more structured than its predecessor. Much shorter, yes, but better. Between finding the time to help with the audit, and choosing someone to help through the pageant, it’s a simple and silly story. With a lot of sexy pictures throughout your journey. Again though, the game suffers with the issue that there is no route chart. But I will say that I guess this game doesn’t need it, considering the first run only took 1 hour to read, and each run after, was maybe 15 minutes. Then there were only 5 girls to get into a relationship with! Or you could just…not. 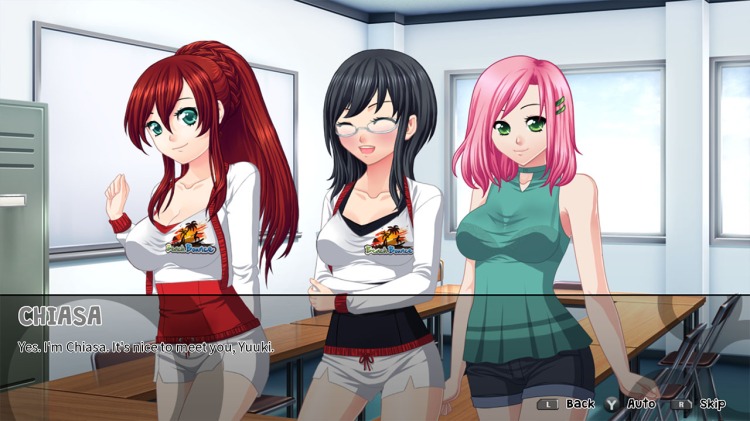 At the end of every run though, I was still wondering why I was missing a picture though in the CG gallery. Turns out there is a secret ending that only becomes possible after you’ve seen all the others! So that was a fun thing to see as I read through the game for a 6th time, as I thought there was a character specific ending left!

Unfortunately though, the game suffers from length. Again doing just one run will only last you an hour. So if you don’t want to see everything, there’s not much content for you. So take that how you will.

For what is here, it is a much better read than its predecessor. The story was more coherent, the text was funny, even if it wasn’t as dirty as the first, and it was a surprise to see a secret ending. But the game does suffer from length as I said. So depending on how you read Visual Novels, I’d say wait for a sale. Though maybe you want to wait anyway. But if you enjoyed the first, I definitely recommend this one!

One thought on “Beauty Bounce Review”